State-owned Bharat Petroleum Corporation Limited (BPCL) is offering stock options to its staff at one-third of market price ahead of finalising potential bidders for sale of government’s stake in the oil refining and marketing giant. Expressions of Interest from private investors are due by the end of this month. 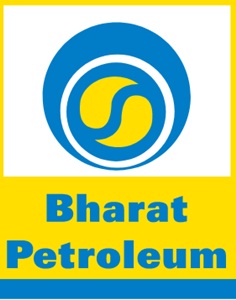 The PSU is offering two per cent of its shares through stock options to eligible employees out of the 'BPCL Trust for Investment in Shares' that the company holds. The trust holds 9.33 per cent of BPCL’s entire shares.
BPCL in a regulatory filing said its board “approved the proposed Employee Stock Purchase Scheme (ESPS) to the specified employees through the trust mechanism, subject to the approval of the shareholders.”
The employees will be given an opportunity to become shareholders at one-third of the cost of BPCL scrip in the six months leading to the time of the sale, it added.
The stocks offered to the staff members will have a one-year lock-in period and its number will differ according to the seniority of the individuals involved. However, this scheme is subject to the approval of the shareholders and hence a decisive call will be taken on it in the annual general meeting later this month.
BPCL has issued an update to the EoI offer list accordingly, clarifying that BPCL Trust shares will be cancelled, which could lead to a reduction in the sale of government holding, which accounts for 58.43 per cent shares of the company.
“BPCL Trust for Investment in Shares holds 20,23,72,422 equity shares of BPCL, ie, 9.33 per cent (treasury shares) for the benefit of BPCL. It is possible that these shares may be retained, cancelled or disposed prior to the proposed transaction; and correspondingly the total number of outstanding shares / capital structure of BPCL may change”.
“Notwithstanding any such retention, cancellation, or disposal, the number of shares held, and to be sold by the GoI in the proposed transaction, will not change and remain the same at 1,14,91,83,592,” it added.
Department of Investment & Public Asset Management under the finance ministry issued a Preliminary Information Memorandum (PIM) on 7 March 2020 for inviting expression of interest for strategic disinvestment of 1,14,91,33,992 equity shares (92.93 per cent of shares held by Government of India) in Bharat Petroleum Corporation Limited (except BPCL’s 61.69 per cent stake in Numaligarh Refinery Ltd).
The PIM was further modified on 31 March 2020, 26 May 2020 and 29 July 2020 in view of requests received from the interested parties and the prevailing situation arising out of Covid-19, and the last date for submission of written queries on PIM was extended to 23 June 2020.
The department has also clarified on the net worth criteria, saying, “This Net Worth criterion may be satisfied either by the IP (interested party) or by the entity into which the accounts of the IP are consolidated.”
Also, it said the net worth of an IP will be considered on a consolidated basis.
If a qualified IP has submitted its EOI independently of any other and subsequently wishes to form a consortium for the bid, then the same is permitted, provided the consortium is formed within 45 days of it being qualified as a QIP (subject to submission of required documents, had the consortium been formed at the outset). However, this will only be permitted so long as such QIP is the lead member of the consortium.  Additionally, each of the consortium members should be qualified as required in the PIM.
Also, where two sole bidders have qualified based on the EoIs submitted by each of them independently, the formation of a consortium by these sole bidders will not be permitted.
Similarly, in case two consortia have been qualified based on the EoIs submitted by them independently, then their consolidation into a single consortium shall not be permitted.
MORE REPORTS