State-run oil refiner Bharat Petroleum Corporation (BPCL) is set to start work on its petrochemicals complex in Kochi with all green clearances in place and having secured a Rs5,000 crore loan commitment from State Bank of India. 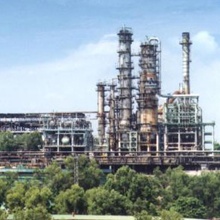 ''We have all the permissions in place from the environment ministry and other regulatory authorities for the Rs5,000-crore petrochemicals complex in Kochi. We hope to resume work and complete it as per schedule in 2018,'' BPCL chairman and managing director S Varadarajan said.

The chairman also said the Kochi petrochem project is part of the Rs1-lakh crore planned capex for the next five years, out of which Rs40,000 crore will be spent on refining capacity addition alone.

Finance director P Balasubramanian told PTI that the company has secured the loan commitment from State Bank of India for the project.

''We will draw the money as and when we begin the work,'' he said, adding though the loan is not strictly tied to this project alone.

The Rs5,000-crore Kochi petrochemicals project, announced in December 2011 as part of a Rs20,000-crore expansion of the Kochi Refinery, will help the country end its dependence on imports of speciality propylene derivatives-based products such as acrylic acids and acrylates used in plastics, paints, coatings, adhesives, inks and textiles, the company explained.

The project had suffered a big set back after Korean chemicals major LG Chem walked out of a joint venture in August 2013 citing adverse international environment for large investments.

BPCL and LG Chem had signed an agreement in July 2012 to set up a SAP specialty chemicals plant in Kochi. Following this, BPCL tried in vain to buy outright the critical technology to make speciality propylene derivatives and SAP (super absorbent polymers), as there are only five companies in the world which have this technology.

The third largest oil marketer and refiner has said they are still in talks with all the players and hope to complete a joint venture agreement at the earliest, adding a delay on this front will not affect the overall work on the project.

Last week, BPCL announced a massive expansion of its refining capacity to 50 million tonnes from 30 million tonnes at an investment of Rs.40,000 crore over the next five years as part of its planned Rs1 lakh crore capex under Project Sankalp.