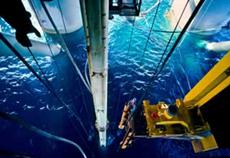 Texas-based Anadarko Petroleum is the operator of the approximately 10,500km blocks and holds 36.5 per cent, while AIM-listed Cove Energy holds 8.5 per cent, Mitsui E&P Mozambique holds 20 per cent and the remaining 15 per cent is held by Empressa Nacional de Hidrocarbonetos EP, Mozambique state-owned oil company.

The consortium had early this year said that it had made four major natural gas discoveries out of the six blocks, two of which were among the top 10 global discoveries in 2010. The partnership is conducting appraisal, additional exploration drilling this year and evaluating commercial development options.

Along with the latest discovery, Anadarko had said that the consortium partners have awarded contracts to engineering, construction and services companies Houston-based KBR and Paris-based Technip to perform pre-FEED studies for putting an LNG facility.

D Rajkumar, managing director of BPCL's wholly-owned subsidiary Bharat PetroResources (BPRL), told The Times Of India, "We have world class natural gas discovery in Mozambique, with recoverable potential of 6 trillion cubic feet. The consortium partners are planning to set up LNG facility costing $4 billion to monetize the gas reserves and we will invest $400 million in the facility."