Valeant Pharmaceuticals International, Canada's biggest drug maker and one of the most aggressive acquirers, today said that it will spend $8.7 billion in cash to buy out eye care company Bausch & Lomb Holdings Inc from private equity firm Warburg Pincus. 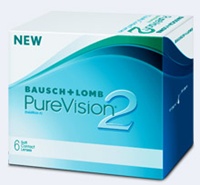 The move comes just a few weeks after Valeant gave up on acquiring US generic drug giant Actavis Inc for $13 billion in cash and stock.

The proposed Bausch & Lomb deal would give Valeant its well-known contact lenses, drugs to treat eye conditions such as glaucoma, pharmaceuticals, intraocular lenses and other eye surgery products.

The Montreal-based company said that it would fund the Bausch & Lomb deal by issuing up to $2 million of new equity, and the remainder through debt.

Nearly half the deal price or $4.2 billion will be go towards repaying Bausch & Lomb's debt, while the remaining $4.5 billion will go to Warburg Pincus, which had taken the Rochester, New York-based eye care company private in 2007 for $8.3.billion, including debt of $4.6 billion.

Valeant, which was formed through the 2010 merger between Canada's Biovail Corp and US-based Valeant Pharmaceuticals, expects to achieve at least $800 million in annual cost savings by the end of 2014.

Under the terms of the deal, Bausch & Lomb will retain its name even as it becomes a division of Valeant. Valeant's existing ophthalmology businesses will be integrated into Bausch & Lomb, creating a global eye care company with estimated 2013 net revenue of more than $3.5 billion.

"Bausch & Lomb has undergone a profound transformation over the last few years.  We introduced innovative new products for patients; built a robust pipeline; expanded into new markets; and strengthened our relationships with eye care professionals around the world,'' said Brent Saunders, CEO of Bausch & Lomb.

In December 2012, Warburg Pincus had hired Goldman Sachs to explore a sale of Bausch & Lomb and expected the deal to fetch over $10 billion.

But after having approached health-care companies such as French drug giant Sanofi, UK-based GlaxoSmithKline, US-based Merck & Co and Abbott Laboratories, Warburg Pincus in March 2013 filed documents to raise up to $100 million in an initial public offering after all the private bids fell far short of its expectations.

Founded in 1853 by two German immigrants, John Jacob Bausch, a trained optician and Henry Lomb, who put in the finance, Bausch & Lomb is one of the world's leading suppliers of eye health products, such as contact lenses and lens care products.

Bausch & Lomb, which competes with Johnson & Johnson, Alcon, Allergan, MSD-Chibret and Ciba Vision, is also one of the oldest continually operating companies in the US.

Its biggest blunder was selling the popular Ray-Ban brand of sunglasses in 1999 to Italy's Luxottica Group.

In 2007, eye products maker Advanced Medical Optics (AMO) had made a $75-per share or $4.3 billion bid for Busch & Lomb, but had to withdraw after opposition from its largest shareholder, ValueAct Capital, which held 14.7-per cent stake in AMO.

After going private, the company was hit by a recall of its ReNu with MoistureLoc contact lens solution which was found to be contaminated due to fungal infections. Bausch & Lomb paid about $250 million to settle 600-plus lawsuits linked to the infection known as Fusarium keratitis.

Hassan is known for deal making in the health-care industry. He was the prime mover in the 2000 acquisition of Monsanto Co by Pharmacia & Upjohn for $37 billion, and three years later sold Pharmacia to drug giant Pfizer for $58 billion.

He also headed Schering-Plough when it was sold to Merck for $41 billion in 2009.

Since joining Bausch & Lomb, Hassan has expanded the company through acquisitions. He was the architect of two deals done last year, which includes Germany's eye laser firm Technolas Perfect Vision GmbH and Ista Pharmaceuticals, the third-largest branded prescription eye care company in the US.

Valeant had tried to buy ISTA in a hostile bid, (See: Valeant Pharmaceuticals raises offer for opthalmic drugs maker ISTA) but withdrew its $327 million sweetened bid, citing lack of progress on the deal.

Valeant, which was formed through the 2010 merger between Canada's Biovail Corp and US-based Valeant Pharmaceuticals, has a portfolio of about 490 products, and has two drugs in the top 200 by sales in the US.

Its main markets are in the US, Canada, Mexico, Brazil, Europe and Australia.

The Ontario-based company has made over 60 acquisitions since 2008. Its latest was done in March when it offered to buy Obagi Medical Products Inc, for about $344 million in order to boost its dermatology and plastic-surgery business.