Private equity firms Silver Lake Partners and TPG Capital are mulling the sale of Avaya Inc that could value the telecommunications equipment maker at between $6 billion and $10 billion, including debt, Reuters yesterday reported, citing people familiar with the matter. 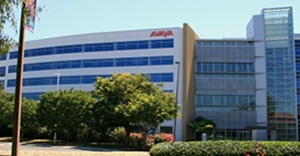 Avaya is working with investment bank Goldman Sachs to explore the possibility of selling itself or some of its major businesses, the report said.

Avaya's cloud, contact center, wireless local area network and fabric switches businesses are among those that could attract potential buyers, the report said.

Silver Lake and TPG Capital had acquired Avaya - a former unit of Lucent Technologies, in 2007 for $8.2 billion. Avaya also has a $600-million debt maturity due in October 2017.

The sale is part of a plan by the private equity firms to deal with Avaya's $6-billion debt.

Avaya provides software, hardware, professional support, and cloud services. It has around 300,000 clients, including 83 per cent of the Fortune 500 companies.

In 2009, it acquired Nortel Networks' enterprise solutions division for $900 million after it outbid Siemens Enterprise Communications in a bankruptcy court auction.

The Santa Clara, California-based company has been battling against Cisco Systems and others for domination of the market and a sale would signal that the company is finding it too difficult to compete against its larger rivals.

The report said that Avaya has been generating strong cash flow, with adjusted earnings before interest, taxes, depreciation and amortisation last year reaching $900 million. However, its interest expense of more than $400 million every year has been pushing it consistently into losses.