Budweiser out of top three popular beers in US

Miller Lite overtook Budweiser in the US markets in 2017, according to sales estimates released Monday from industry publication Beer Marketer's Insights. 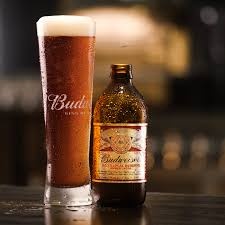 Bud Light continues to retain the top spot in the US, followed by Coors Light.

Bud Light displaced Budweiser to second place in 2001. Both beers are made by Anheuser-Busch  InBev(A-B), with headquarters in St. Louis. Last year, Anheuser-Busch featured St. Louis in its Super Bowl ad emphasising Budweiser's local roots dating back to 1876.

Though Budweiser has seen consistent increase in its international sales, its US sales have been declining for decades.

The group's flagship Budweiser beer now has sales of less than a third of its 1988 sales, when the market was less crowded, according to Eric Shepard, the executive editor of Beer Marketer's Insights (BMI), a trade publication focused on beer industry statistics and trends.

Budweiser vice president Ricardo Marques, however, points out Budweiser's leading position in the lager category. ''Budweiser remains the leader of the classic lager segment - and continues to see consistent improvements in brand health and consideration, with consideration being the number one indicator of future sales,'' Marques said in a statement to the Post-Dispatch.

''Budweiser is in a strong position for the future, and we are very confident in our current plans and the year ahead of us.''

Budweiser holds a 6.2-per cent market share of beer shipped from US breweries to wholesalers for distribution in the US, down from 6.6 per cent in 2016.

According to BMI executive director Eric Shepard, excluding exports, Miller Lite sold more beer in the US. He added, Bud was much larger globally.