The world's largest beer maker Anheuser-Busch InBev SA (Anheuser-Busch) yesterday struck a deal to acquire New York-based Blue Point Brewing Coas part of its plans to expand its business in the East Coast of the US. 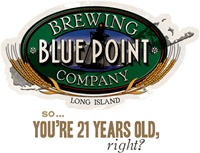 Anheuser-Busch did not disclose the financial terms of the deal, but said that the transaction is expected to close in early second quarter of 2014.

Blue Point Brewery is Long Island's oldest brewery and has won the most number of awards for its products. Founded in 1998 by Mark Burford and Pete Cotter, it is headquartered in Patchogue, New York, and is currently the 34th largest craft brewery in the US.

''We are deeply grateful to our family of loyal employees and customers. Our success was made possible by the hard work of good people and good beer in Patchogue,'' said Peter Cotter, who will continue along with co-founder Mark Burford to lead the Blue Point operations under the company's new ownership. ''Together, our talented brewing team and Anheuser-Busch will have the resources to create new and exciting beers and share our portfolio with even more beer lovers,'' said Mark Burford.

Blue Point Brewing Company is independently-owned and operated and its beers are available in 15 states, mainly in the East Coast of the US.

In 2013, Blue Point sold approximately 60,000 barrels, with 50 per cent of the sales coming from its flagship brand, Toasted Lager.

Leuven, Belgium-based Anheuser-Busch, which is known in the US for its Budweiser and Bud Light brands, said that it will invest in Blue Point to grow its operational capabilities and enhance consumer experience over the next few years.

''With Anheuser-Busch's strong beer credentials, we share a commitment to offering high-quality beers that excite consumers. Blue Point brands have a strong following and even more potential,'' said Luiz Edmond, CEO of Anheuser-Busch.