The US Justice Department (DoJ) yesterday filed a suit to block Anheuser-Busch InBev's (ABI) $20.1-billion deal to acquire the remaining half that it does not already own in Mexican Corona beer maker Grupo Modelo. 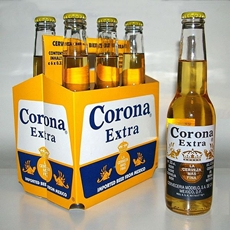 The DoJ said that the deal would hurt competition and raise prices if the makers of Budweiser and Corona Extra beer merged.

The DoJ filed a suit in the US District Court for the District of Columbia seeking to block the beer giants from merging.

The deal "would result in less competition and higher beer prices for American consumers This lawsuit seeks to prevent ABI from eliminating Modelo as an important competitive force in the beer industry," the DoJ said in its lawsuit.

In June 2012, ABI, the maker of Budweiser and Stella Artois beers, said that it would buy the remaining 50-per cent stake that it does not already own in Grupo Modelo for $9.15 per share in cash or $20.1 billion. (See: Anheuser-Busch InBev to buy remaining Modelo stake for $20.1 bn)

In a separate transaction aimed at easing anti-trust concerns, Grupo Modelo was to sell its existing 50-per cent stake in Crown Imports, the joint venture that imports and markets its brands in the US, to Constellation Brands for $1.85 billion, giving Constellation Brands 100 per cent ownership of the JV.