Diversified mining company Anglo American is close to finalising a deal to sell its Australian coal assets to a consortium led by private equity firm Apollo Global Management for $1 billion-plus. 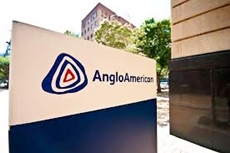 Citing sources with knowledge of the deal, Reuters yesterday reported that Anglo American and Apollo entered into a two-week exclusivity period due to expire next week and a deal may be announced in the coming weeks.

Reuters had in August reported that BHP Billiton, Glencore International and other suitors from China, Japan and India were also in the race to buy these assets.

Apollo has teamed up with its energy-focused peer Riverstone Holdings and US coal exporter Xcoal Energy & Resources for Anglo American's Moranbah and Grosvenor metallurgical coal mines.

Anglo American had earlier said that it would divest assets worth around $4 billion in order to cut net debt to under $10 billion by the end of the year and also focus on copper, platinum and diamonds.

The miner posted a $5.6 billion full-year loss in 2015 and credit ratings agencies Standard & Poor's, Fitch, and Moody's cut the company's rating to junk in February.

The London-based miner has been also selling off its coal and other assets in order to focus on copper, platinum and diamonds.

Moranbah is an underground long wall mine which began operating in 1998. It is a hard coking coal mine located in the Northern part of the Bowen Basin in Central Queensland and the coal, used in steelmaking, is exported to Japan, Korea, Taiwan, India Brazil and Europe.

The mine employs more than 600 people, and is estimated to have a life of 18 years.

Anglo American's $1.95 billion Grosvenor has only just gone into production after a five-year development.  It is located adjacent to Moranbah.