The Central Bureau of Investigation is conducting an internal inquiry into how a 2013 draft report prepared by it in connection with the Aircel-Maxis deal probe reached former finance minister P Chidambaram's residence, from where the Enforcement Directorate seized it during a raid, reports on Thursday said. 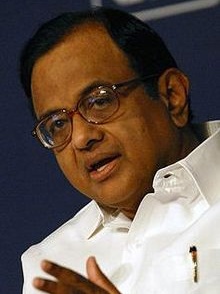 Portions of a draft status report on the Aircel-Maxis case prepared by the CBI may have found their way into the hands of Chidambaram and his son Karthi Chidambaram before they were filed in the Supreme Court in 2013, according to multiple reports citing CBI sources.

P Chidambaram was finance minister at the time. It is not clear what the contents of the portions of the draft report are.

The agency had on that day searched a number of premises in Delhi and Chennai, linked to Chidambaram's son Karti Chidambaram. The ED subsequently sent an official note to the CBI informing it about the recovery and seizure of the document.

The CBI is now conducting an internal inquiry over how these documents were allegedly leaked.

Following the recovery, ED wrote to the CBI seeking confirmation on the nature of the document recovered. The CBI has confirmed that the document was part of the draft that found its way into the final status report that was submitted to the top court.

CBI spokesperson Abhishek Dayal confirmed the development saying, ''We have received information from ED, and the matter is being looked into.''

Chidambaram declined comment, telling PTI, ''I don't comment on cases." Sources close to him said he would reply if questioned by official agencies.

CBI's probe into the AircelMaxis case is being monitored by the Supreme Court which has sought regular status reports from the agency.

The CBI is looking into the corruption aspect of the case while ED is probing money laundering charges in the matter.

The allegation is that the FIPB approval was granted by the former finance minister though he was authorised to approve project proposals only up to Rs600 crore. Beyond that he required the approval of the Cabinet Committee on Economic Affairs (CCEA).

The ED and CBI allege that Karti received kickbacks for facilitating the investment to flow into India from the Maxis group.

Chidambaram has consistently denied the charges.

During the ED raid in January, P Chidambaram had dismissed the action as a ''comedy of errors'', claiming that the sleuths found nothing.

CBI filed an FIR in the AircelMaxis case in 2011, alleging that the then telecom minister, Dayanidhi Maran, had arm-twisted C Sivasankaran into selling his company Aircel to the Maxis Group.

The agency has challenged the discharge order in the high court.

Last year, the ED also decided to investigate Karthi for his alleged involvement in the FIPB approval.