The Central Bureau of Investigation (CBI) is probing the role of former finance minister P Chidambaram in allowing foreign investment by a Mauritius-based company in the Aircel-Maxis deal, the agency said in fresh charges filed in the special court. 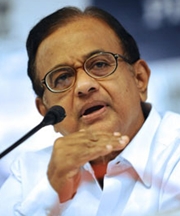 CBI told the special court that Mauritius-based Global Communication Services Holdings Ltd, a subsidiary of Maxis, had in 2006 sought approval for an $800-million investment in Aircel, for which the competent authority was the Cabinet Committee on Economic Affairs (CCEA).

The CBI's submissions were part of the charges filed against the then communications minister Dayanidhi Maran, his brother Kalanithi Maran, and Malaysian business tycoon T Ananda Krishnan and others.

Dayanidhi Maran is charged with using his influence to help Krishnan acquire Aircel by allegedly coercing its owner Sivasankaran to part with his stake.

The investigation has revealed that Dayanidhi Maran did not raise objection to the proposal of foreign investment by the Global Communication Services Holding Ltd in Aircel Ltd in 2006.

The CBI will investigate the circumstances of the FIPB approval granted by Chidambaram in the Aircel-Maxis deal in 2006.

The agency said that the finance minister was competent to accord approval on project proposals of up to Rs600 crore and proposals beyond this required the approval of CCEA.

"In the instant case, the approval of FDI of $800 million was sought. Hence, CCEA was competent to grant approval. However, it was not obtained," it claimed.