End for the road for Airbus A380 as Emirates retracts orders

Airbus industries has decided to end production of the wide-bodied A380 Jumbos after its biggest customer, Emirates Airlines, halted orders for the Airbus A380 and instead entered into a $21.4bn deal for 70 Airbus aircraft - 40 A330-900 aircraft and 30 A350-900. 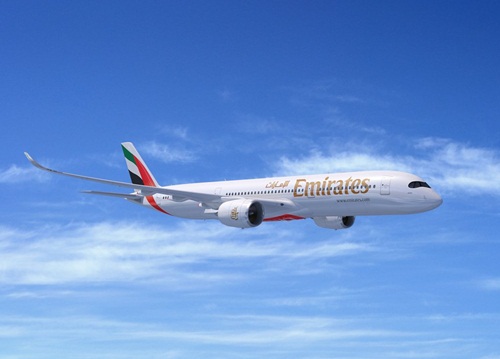 The Dubai carrier will reduce its current order of 53 Airbus A380 to 14, with deliveries from 2019 until the end of 2021, which is when Airbus said it will end the production programme.
With few other international airlines investing in the A380, Emirates will ditch the superjumbo in favour of the latest generation Airbus A330neo and A350 aircraft, with deliveries starting from 2021 and 2024 respectively.
“Following a review of its operations, and in light of developments in aircraft and engine technologies, Emirates is reducing its A380 orderbook from 162 to 123 aircraft. Emirates will take delivery of 14 further A380s over the next two years. As a consequence and given the lack of order backlog with other airlines, Airbus will cease deliveries of the A380 in 2021.”
Emirates has also decided to continue growing with Airbus’ newest generation, flexible widebody aircraft, ordering 40 A330-900 and 30 A350-900 aircraft.
“As a result of this decision we have no substantial A380 backlog and hence no basis to sustain production, despite all our sales efforts with other airlines in recent years. This leads to the end of A380 deliveries in 2021,” said Airbus chief executive officer Tom Enders. “The consequences of this decision are largely embedded in our 2018 full year results”.
“The A380 is not only an outstanding engineering and industrial achievement. Passengers all over the world love to fly on this great aircraft. Hence today’s announcement is painful for us and the A380 communities worldwide. But, keep in mind that A380s will still roam the skies for many years to come and Airbus will of course continue to fully support the A380 operators,” Tom Enders added.
“The A380 is Emirates’ flagship and has contributed to the airline’s success for more than ten years. As much as we regret the airline’s position, selecting the A330neo and A350 for its future growth is a great endorsement of our very competitive widebody aircraft family,” said Guillaume Faury, president of Airbus Commercial Aircraft and future Airbus CEO. “Going forward, we are fully committed to deliver on the longstanding confidence Emirates is placing in Airbus.”
Airbus will start discussions with its social partners in the next few weeks regarding the 3,000 to 3,500 positions potentially impacted over the next three years. However, the ongoing A320 ramp-up and the new widebody order from Emirates Airline will offer a significant number of internal mobility opportunities, the company stated.
Sheikh Ahmed, chairman and chief executive, Emirates airline and group, said the decision to move away from the A380 came “after many months of discussions” with Airbus and Rolls-Royce.
“Emirates has been a staunch supporter of the A380 since its very inception,” said Sheikh Ahmed.
“While we are disappointed to have to give up our order, and sad that the programme could not be sustained, we accept that this is the reality of the situation.”
MORE REPORTS