Mumbai: American International Group is weighing plans to sell more than 15 of its businesses to repay the $85 billion loan the US Federal Reserve had extended to the troubled insurance and financial services multinational to save it from sudden death. 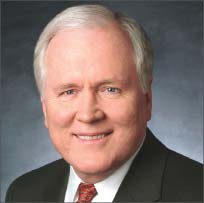 AIG is considering plans to sell most of its operations, including its international life insurance unit and US pension businesses, media reports said, adding that the company's board had met in New York on Sunday night to discuss possible sales.

AIG, the reports said, was considering the sale of its aircraft leasing unit International Lease Finance Corp, its 59 per cent stake in reinsurer Transatlantic Holdings as well as its realty and private equity investments.

AIG, once the world's biggest insurer, needs money to repay the $85 billion short-term Fed loan that helped it avoid bankruptcy. If the loan is not repaid, the US government has the option to take an almost 80 per cent stake in AIG.

AIG's predicament is blamed on is former executive Joseph Cassano, who headed American International Group Financial Products (AIGFP), and the general lack of oversight by AIG's senior executives and board of directors.

In most cases, AIGFP did not hedge its exposures to credit default swaps, by its own admission. AIG held $562 billion in risky and dangerous credit default swap (CDS) contracts as of end-2007 – roughly more than half of all AIG's assets.

AIGFP, managed by Joseph Cassano, until he was pushed out in early 2008, has been blamed for most of AIG's current problems.