Swiss engineering giant ABB is divesting over 80 per cent stake in Power Grids to Japanese conglomerate Hitachi for about $9.1 billion, in a move that would expand existing partnership and strengthen Power Grids as a global infrastructure leader with enhanced access to markets and financing. 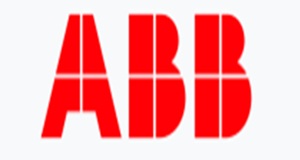 ABB will initially retain 19.9 per cent in post-sale Power Grids to ensure transition with pre-defined exit option on 19.9 per cent equity at fair market value with floor price at 90 per cent of agreed enterprise value, exercisable by ABB three years after closing.
The enterprise value is agreed at $11 billion for 100 per cent of Power Grids, which is equivalent to an EV/op EBITA multiple of 11.2x1, ABB stated in a release.
ABB will initially realise a levered consideration of about 9.1 billion from the sale of 80.1 per cent of Power Grids, including pre-sale net leverage (intercompany loan net of cash transferred), before one-time transaction and separation related costs as well as cash tax impacts.
ABB plans to return 100 per cent of the estimated net cash proceeds of $7.6-7.8 billion from the sale of 80.1 per cent equity in Power Grids to shareholders in an expeditious and efficient manner through share buyback or similar mechanism.
Zurich-based ABB said post divestment of the Power Grids business it would modify the structure of its remaining businesses and focus on simplified digital industries for enhanced customer value and shareholder returns.
That reshuffle, which is expected to close by 2020, is expected to result in roughly $500 million annual run-rate cost reductions following $500 million in restructuring charges.
Businesses will run all customer-facing activities as well as business functions and territories, fostering ABB’s entrepreneurial business culture by transfer of experienced country management resources.
ABB said its existing country and regional structures, including regional executive committee roles will be discontinued after closing of the transaction. Corporate activities will focus on group strategy, portfolio and performance management, capital allocation, core technologies and ABB Ability platform
“To support our customers in a world of unprecedented technological change and digitalization, we must focus, simplify and shape our business for leadership. Today’s actions will create a new ABB, a leader focused in digital industries,” said ABB CEO, Ulrich Spiesshofer, adding, “Power Grids will strengthen Hitachi as global leader in energy infrastructure and Hitachi will strengthen Power Grids’ position as a global leader in power grids.”
“Our shareholders will directly benefit through the return of the proceeds of the divestment. Building on our existing partnership announced in 2014, the initial joint venture will provide continuity for customers and our global team.”
“Today's announcement marks the beginning of a new chapter in ABB's history. Building on our technology and global talented employee base we will further strengthen our focus in digital industries, delivering competitive returns for shareholders, including our committed dividend policy,” Peter Voser, chairman of ABB, said.
The joint venture will be headquartered in Switzerland, with Hitachi retaining the management team to ensure business continuity.
Starting in Q4 2018 until closing, ABB will report Power Grids in discontinued operations. As a consequence, ABB will record $350-400 million of stranded and other carve-out related costs, which are currently predominately recorded as part of the Power Grids cost base. These will now be recognized in ABB’s corporate & other operational EBITA. ABB expects to eliminate the vast majority of these costs by deal closing by transferring them back to Power Grids. ABB expects approximately $200 million of charges in Q4 2018 related predominantly to the legacy EPC substation business reported in non-core corporate & other operational EBITA.
ABB expects to incur one-time non-operational transaction and separation related costs of $500-600 million. ABB anticipates $800-900 million related cash tax impact. The completion of the transaction is expected by first half of 2020, subject to regulatory approvals and fulfillment of closing conditions.
ABB's Power Grids business employs 36,000 people and had sales of $10.4 billion last year. It had an operating profit margin of 10.0 per cent in the third quarter, down 60 basis points from a year earlier.
ABB’s new organization will provide each business with full operational ownership of products, functions, R&D and territories. The businesses will be the single interface to customers, maximizing proximity and speed.
MORE REPORTS