Hyderabad-headquartered Aurobindo Pharma is in the race to buy the dermatology generics dermatology business of Swiss drug giant Novartis AG for about $1.6 billion. 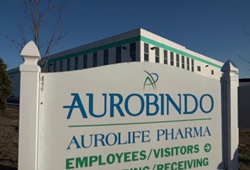 Among the others in the fray are Apollo Global Management, CVC Capital Partners, Indian drugmaker Aurobindo Pharma and Shanghai Fosun Pharmaceutical Group are among the shortlisted bidders for Novartis AG's  portfolio of assets that could fetch as much as $2 billion, Bloomberg yesterday reported, citing people with knowledge of the matter.
The assets include Novartis’ US dermatology business, the report said.
A buyer for the assets held by the drugmaker’s US-based Sandoz unit could emerge within the next few weeks, the report added.
Since the beginning of this year, Novartis has been seeking to sell its US generics assets, which also include its oral treatments business.
Novartis' new CEO Vasant Narasimhan told analysts late last year that the company was looking at its options for its US generic pill business due to falling prices.
"There are significant pricing declines. At least in the medium term, we don't see a shift to that situation, and so we're assessing how best to optimise that given that dynamic," Narasimhan told investors and analysts during the company's fourth-quarter earnings call, according to Reuters.
The move comes after Novartis recently went on an acquisition spree. Earlier this year, it acquired Advanced Accelerator Applications SA for around $3.9 billion, and last month agreed to buy AveXis Inc. for $8.7 billion.
But in March, it agreed to sell its 36.5 per cent stake in its consumer healthcare joint venture to GlaxoSmithKline for $13 billion
Based in Basel, Switzerland, Novartis is one of the largest pharmaceutical companies by both market capitalisation and sales.
Novartis was created in 1996 from the merger of Ciba-Geigy and Sandoz Laboratories, both Swiss companies with long histories. Ciba-Geigy was formed in 1970 by the merger of J R Geigy Ltd) and CIBA - founded in Basel in 1859.
The sale of the dermatology generics business, which novartis runs under the Sandoz brand, is in line with Novartis' plan to exit some of its not-profitable businesses.
If Aurobindo Pharma is successful in clinching the deal, it would be the largest acquisition of an overseas business by any Indian drug producer, after Lupin's 2015 acquisitions of Gavis Pharmaceuticals and Novel Laboratories for $880 million, in a cash-free and debt deal
Analysts feel that Aurobindo has placed an aggressive bid for low margin assets. IIFL had earlier said.
"Aurobindo has operating margins more than 23 per cent. We believe that Sandoz’s dermatology business could have margins less than 16 per cent, and hence, the deal would be margin dilutive. It also seems that Aurobindo has placed an aggressive bid for the low margin assets."
MORE REPORTS