The London-based company announced that MedImmune, its global biologics research and development arm, has agreed to acquire Definiens, a privately-held company that has pioneered a world-leading imaging and data analysis technology, known as Tissue Phenomics, which dramatically improves the identification of biomarkers in tumour tissue. 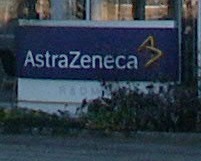 Under the terms of the deal, MedImmune will acquire Definiens for an initial $150-million and make additional predetermined milestone payments.

Definiens' proprietary Cognition Network Technology was developed by Professor Gerd Binnig, the 1986 Nobel Laureate in Physics, and unlocks information from cancer tissue samples by measuring the identity, locations and, most importantly, the relationships between the many and varied components of the complex tumour microenvironment.

AstraZeneca, which recently rejected a $101-billion takeover offer from us drug giant Pfizer, said that the acquisition will strengthen its focus on the discovery of novel predictive biomarkers in immuno-oncology.

AstraZeneca also entered into a clinical trial collaboration to evaluate the efficacy and safety of its investigational anti-PD-L1 immune checkpoint inhibitor, MEDI4736, with Pharmacyclics, Inc. and Janssen Research & Development.

MEDI4736, in combination with an oral Bruton's tyrosine kinase inhibitor, is co-developed by Pharmacyclics and Janssen and commercialised outside the US by Janssen affiliates.

The study will assess the combination as a treatment for patients with haematological cancers including diffuse large B-cell lymphoma and follicular lymphoma, which are investigational uses for both compounds.

In the third deal, AstraZeneca has entered into clinical trial collaborations with Pharmacyclics to evaluate novel combination therapies targeting solid tumours and a number of haematological cancers.