AstraZeneca Plc today confirmed that it has received an indicative non-binding proposal from Pfizer regarding a possible takeover. 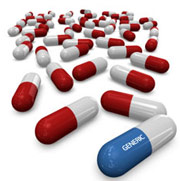 Friday's 50 pounds ($84.47) a share indicative offer followed AstraZeneca's decision to rebuff an earlier proposal that valued it at 58.8 billion pounds, or 46.61 pounds per share.

As per the latest offer, shareholders would receive 1.845 shares in the combined entity for each AstraZeneca share and 1,598 pence in cash.

The board of AstraZeneca will meet to discuss the proposal and a further announcement will be made when appropriate, the company said in a release.

The announcement comes just days after AstraZeneca Plc denied plans to discuss any partnership proposals with Pfizer in the absence of any specific and attractive proposal from that company.

AstraZeneca, however, said there can be no certainty that any offer will be made or as to the terms of any offer. It also asked shareholders to take no action.

In an announcement made on 28 April, AstaZeneca had said Pfizer chairman and chief executive Ian Read had, on 26 April, contacted Leif Johansson, the chairman of AstraZeneca, for the first time since January 2014.

The US pharmaceutical giant is reported to have made a tentative $101-billion (£60 billion) takeover offer for British rival AstraZeneca Plc.

Pfizer had recently held informal talks about the deal with AstraZeneca, but the latter had earlier said it rejected the offer and no talks were currently under way.

''Pfizer did not make a specific proposal regarding an offer to acquire AstraZeneca, but nevertheless Pfizer requested that both companies issue a joint statement, prior to the market opening on 28 April 2014, announcing that they had entered into discussions regarding a combination,'' AstraZeneca had said in a release then.

Leif Johansson, chairman of AstraZeneca, said he was confident in AstraZeneca's prospects as an independent business. Nevertheless, he said, AstraZeneca agreed to an exploratory meeting and subsequently met with Pfizer on 5 January 2014 in New York.

AstraZeneca is a global biopharmaceutical company specialising in the discovery, development and commercialisation of prescription medicines, primarily for the treatment of cardiovascular, metabolic, respiratory, inflammation, autoimmune, oncology, infection and neuroscience diseases. The company operates in over 100 countries and serves millions of patients worldwide.