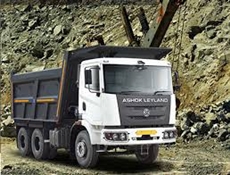 "We have decided to acquire Nissan's stake in the three joint venture companies, and this will help focus our efforts to concentrate on our core business initiatives and our customers. We will continue our relationship with Nissan under the new arrangement," said, Vinod Dasari, Ashok Leyland managing director.

While Ashok Leyland has 51 per cent and Nissan has 49 per cent in both vehicle manufacturing and power train companies, they are 50:50 partners in the technology development company.

Both companies had invested about Rs1,000 crore as equity between them.

Ashok Leyland had earlier said it had written off Rs214 crore from the joint venture, which reported a loss of Rs791 crore in the last fiscal.

Under the terms of the new arrangement, both companies have agreed for a licensing pact for select vehicles.

"The new phase of business interaction will begin immediately. Ashok Leyland will continue to build, under a licensing agreement, the successful Dost and Partner light commercial vehicles, which are based on Nissan's design, engineering and technology," the statement said.

Servicing and parts availability for customers will be ensured by a technical support arrangement. In addition, the two companies have agreed to continue a deal to procure made-in-India parts to Nissan, the statement added.

Ashok Leyland had alleged that Nissan was using the manufacturing assets from the joint venture company for producing Nissan brand of cars instead of passenger vehicles developed and produced out of the joint venture.