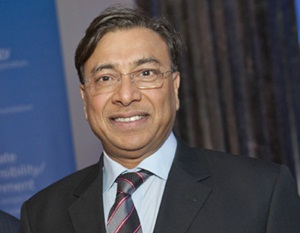 Essar Steel, with its 10 million tonne a year production capacity, had outstanding debt of Rs50,786 crore as of March 2018. ArcelorMittal had earlier offered Rs30,500 crore for Essar Steel.
The offer is also far higher than the Rs37,000 crore offered by rival bidder Numetal Mauritius, which is backed by VTB Capital. The Mauritius-based investor will offer an additional Rs 2,000 crore to lenders of Odisha Slurry Pipeline Infrastructure Ltd., which brings in about half of the raw materials that Essar Steel’s plant needs.
Luxembourg-based ArcelorMittal, which has teamed up with Japan’s Nippon Steel & Sumitomo Metal Corporation, has also committed to pay Rs7,000 crore to settle dues of Uttam Galva and KSS Petron Pvt Ltd by today as directed by the National Company Law Appellate Tribunal.
In its judgement last Friday, the NCLAT had asked ArcelorMittal to first clear dues totalling Rs7,000 crore of Uttam Galva Steels Ltd and KSS Petron Pvt Ltd by 11 September to be considered an eligible bidder for Essar Steel.
ArcelorMittal issued a statement confirming that it has submitted a revised proposal to Essar Steel India Ltd’s (ESIL) Committee of Creditors for the acquisition of ESIL, although it was not clear whether it has paid the dues of Uttam Galva and KSS Petron to the creditors.
“The financial terms of the proposal are confidential, but represent a material increase to the previous offers made by the company,” the company said, adding, “the revised offer, which includes a commitment to pay the entire amount due to the financial creditors of Uttam Galva Steels Ltd and KSS Petron, therefore represents unprecedented value to all concerned creditors.”
“Through the revised offer, ArcelorMittal demonstrates its serious commitment to India, creditor banks and all ESIL’s stakeholders,” the steel maker said.
As of March 2017, Essar Steel—with its 10 million tonne a year production capacity—had a debt outstanding of ?50,786 crore.
Rival bidder Numetal said it would pay Rs37,000 crore to buy out ESIL, while Vedanta Resources, the other bidder, had offered Rs34,000 crore.
While Numetal, which had also been found ineligible initially, but then altered its firm structure to comply with the rules, the NCLAT had ruled that ArcelorMittal would be ineligible to bid for Essar Steel unless it cleared the debts at Uttam Galva and KSS Petron as well, a requirement under Section 29A of the Insolvency and Bankruptcy Code.
In the second round of bids, ArcelorMittal has teamed up with Nippon Steel and Sumitomo Metal Corp.
Sajjan Jindal’s JSW Steel is a stakeholder in Numetal & Steel Pvt Ltd, a drop down subsidiary of Russia’s VTB Bank-led Numetal Mauritius, which is the resolution applicant for Essar Steel.
The committee of creditors is now expected to decide on which bidder they find most suitable. On Friday, the NCLAT in its judgment permitted the lenders to further negotiate bids for Essar Steel in order to maximise value.
The NCLAT noted that since ArcelorMittal was classified as a promoter for Uttam Galva and since it had stake in KSS Petron’s parent company, the steelmaker would have to repay dues in both companies to cure the Section 29A issues.
In the case of Numetal, Aurora Enterprises, a trusteeship, owned a 25 per cent stake in Numetal. Rewant Ruia, who is part of the promoter family that owns Essar Steel, is the ultimate beneficiary of the trusteeship. Before submitting the second bid, the remaining shareholders of Numetal, however, bought out the stake owned by Aurora Enterprises, thereby curing themselves of issues relating to Section 29A, making the bidder eligible.
With presence in 60 countries and an industrial footprint in 18 countries, ArcelorMittal is the world’s leading steel and mining company and the leading supplier of quality steel products in all major markets, including automotive, construction, household appliances and packaging.
MORE REPORTS