Global steel major ArcelorMittal has signed a joint venture agreement with Nippon Steel and Sumitomo Metal Corporation (NSSMC) to bid for Essar Steel India Limited, which is being auctioned by its creditors. 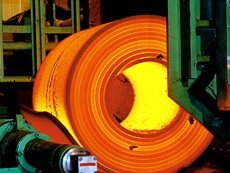 In its Resolution Plan, AMIPL set out a detailed industrial and turnaround plan aimed at restoring Essar Steel's fortunes, enabling it to realise its full potential and participate in the anticipated steel demand growth in India.

''Partnering with NSSMC for Essar Steel was always our intention and adds further strength to our offer. Combining our experience and expertise creates a powerful partnership that has a proven track record - our rich history of positive collaboration dates back more than 20 years with three joint ventures in the US. We believe that together we can contribute our knowledge and technology to support a rapid turnaround in Essar's performance, enabling it to increase production, enhance its product capabilities and make a meaningful contribution to the future growth of India's manufacturing sector and the development of its economy,'' Lakshmi Mittal, chairman and CEO, ArcelorMittal, said.

More recently, in 2014, ArcelorMittal partnered with NSSMC on the acquisition of AM/NS Calvert, a state-of-the art downstream finishing facility in Alabama, USA.

The facility, which opened in 2010 and has a 5.3-million tonne capacity, was the largest newly constructed steel facility in the US in 40 years but had failed to reach its potential.

A major investment programme has been undertaken following the acquisition. The programme focused on improving the facility's finishing lines to enable the production of higher-added value steel products, including production of `Usibor', ArcelorMittal's flagship advanced high-strength steel for the automotive sector, and increasing slab staging capacity and efficiency.

These investments have helped to facilitate a rapid improvement in AM/NS Calvert's performance: capacity utilisation rates have improved by over 20 per cent; shipments to the automotive sector more than doubled between 2015 and 2017; and productivity at the hot strip mill has increased by over 1 million tonnes since the acquisition, the release added.

Essar Steel is among a dozen of India's biggest debt defaulters that were pushed to bankruptcy court last year after a Reserve Bank order aimed at clearing Rs9,58,000 crore ($147 billion) in bad loans with state-run lenders.