Apple on Tuesday reported a big jump in its revenues and profits for the third quarter ended 30 June 2018 boosted by its international sales. The company posted quarterly revenue of $53.3 billion, an increase of 17 per cent from the year-ago quarter, and quarterly earnings per diluted share of $2.34, up 40 per cent. 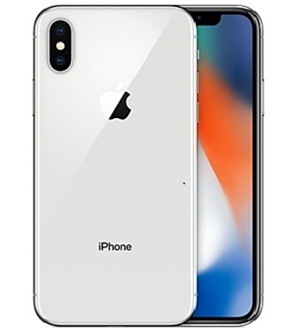 Apple’s international sales accounted for 60 per cent of the quarter’s revenue. The company now has $243.7 billion in cash on hand.
“We’re thrilled to report Apple’s best June quarter ever, and our fourth consecutive quarter of double-digit revenue growth,” said Tim Cook, Apple’s CEO. “Our Q3 results were driven by continued strong sales of iPhone, Services and Wearables, and we are very excited about the products and services in our pipeline.”
Apple’s market value has risen to $956.48 billion from $949.22 billion yesterday. And looked like racing towards the trillion-dollar valuation mark, leaving Amazon at even more distance to cover.
“We’re thrilled to report Apple’s best June quarter ever, and our fourth consecutive quarter of double-digit revenue growth,” said Apple CEO Tim Cook.
The Cupertino based company sold 41.3 million iPhones in the quarter ending June, and this is higher when compared with the 41.03 million iPhones that Apple sold in the same quarter in 2017.
Also, the iPhones sold in Q3 2018 were quite a bit more expensive, with the average iPhone selling price in the quarter pegged at $724—this is significantly higher than the $606 average selling price for iPhones in the corresponding quarter in 2017.
The sales of the iPad also went up, clocking 11.55 million units, which is up from the corresponding quarter last year as well as Q2 2018.
However, the sales of Mac computing devices fell to 3.72 million units. But the company expects the numbers for the Mac devices to improve in the next quarter, as the just released updates for the MacBook line-up will clock their sales now.
It is the “other” products that did very well for Apple in Q3 2018. Apple reported $3.74 billion in revenue from the "other" line-up, which includes the Apple Watch, AirPods, Apple TV and the HomePod speaker, for instance. The “other” category saw a 37 percent jump in revenue year-on-year. As is always the trend, Apple does not give out specific numbers for the individual devices.
The other big revenue jump comes from the Apple services, which includes Apple Music, iCloud, and App Store. These services combined for a 31 percent increase in year-on-year revenue, clocked at $9.55 billion.
Apple, for the first time, mentioned specific numbers about the people currently running the beta versions of the upcoming iOS 12, watchOS 5, macOS Mojave and tvOS 12. “We have over four million users participating in our new OS beta programs,” said Cook during the earnings call.
Apple looks set for some truly special announcements in September that could g9ive extra fuel towards the trillion-dollar valuation mark, which will be achieved by any company for the first time.
With huge cash in hand, Apple will also focus on mergers and acquisitions, and perhaps even a push towards a video streaming service that has been expected from Apple for a long time now.
For fiscal fourth quarter, Apple expects revenue to be between $60 billion and $62 billion, gross margin between 38 per cent and 38.5 per cent, operating expenses between $7.95 billion and $8.05 billion, other income/(expense) of $300 million and tax rate of approximately 15 per cent before discrete items.
Apple’s board of directors has declared a cash dividend of $0.73 per share of the company’s common stock. The dividend is payable on 16 August 2018 to shareholders of record as of the close of business on 13 August 2018.
MORE REPORTS