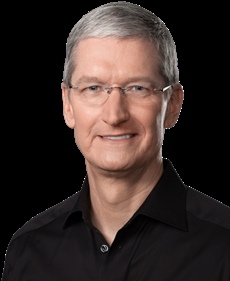 Cook's visit to India does not seem to have borne much fruit, as the government has rejected the company's proposal to well refurbished pre-owned iPhones the country.

''We are not in favour of any company selling used phones in the company, however certified they may be,'' commerce and industry minister Nirmala Sitharaman said at a press conference.

This comes soon after the finance ministry insisted that the Cupertino, California-based Apple must follow the 30-per cent local sourcing norm if it wants to open branded stores in India.

Apple chief executive officer Tim Cook, in a TV interview during his visit to India earlier this month, had expressed his desire to import refurbished iPhones to India to make such phones available at an affordable price to Indian consumers.

''First of all, we would never 'dump' anything, thus in virtually all countries in the world we have a process by which a phone that's been used by the first owner or is taken back and made to be new, if you will, and a warranty is placed on that, just like a warranty for a new phone. And it's sold for a more affordable price and that happens in several countries. What we want to do is do the act of bringing it back to this pristine level, we want to do that in India for the Indian market. We may have to bring in some phones from other markets in order to fuel the supply chain if you will. But the act of bringing them to pristine conditions, we want to do that in this country,'' he had said.

The finance ministry last week rejected a recommendation from the commerce ministry to waive the 30 per cent local sourcing norm for Apple to sell iPhones in its own branded stores and asked the industry department to formulate specific guidelines defining state of the art and cutting edge technology, qualifiers under which it had sought to waive the local sourcing condition.

Sitharaman confirmed that development. ''We took a line that we would not mind waiving the 30 per cent local sourcing norm for Apple. Now, the finance ministry has taken a different position. We will examine the matter in consultation with the finance ministry,'' she said.

Industry department secretary Ramesh Abhishek said Xiaomi which had earlier sought waiving of the 30 per cent local sourcing norm has now written to the department, saying it does not need the waiver as it has started manufacturing in India. However, the proposal is to be sent to the finance ministry, he added.

Another Chinese mobile company LeEco has also sought a waiver of the 30 per cent sourcing norm.

Apple currently has its own retail stores across the world, including the US, the UK, Germany, France, China and Japan. The company sells its products in India through exclusive reselling arrangements with chains such as Imagine and iStore (owned by Reliance Digital).

Sales in India is the only bright spot for Apple, growing at 56 per cent in the latest quarter, as the company reported its first quarterly revenue drop in 13 years last month.

Apple's interest in selling refurbished phones and opening branded stores in India shows the increased importance of India for the company. Its sales in India crossed the $1 billion mark for the first time last year, according to filings with the registrar of companies.

In 2012, Apple India changed its sales model by appointing retail distributors and began advertising campaigns. Since then, its sales have been rising at double-digit pace and the top management of Apple has acknowledged the importance of Indian operations on analyst calls several times.