Apple Inc could soon be setting up its own chain of stores across the country if the government, more specifically, finance minister Arun Jaitley, accepts the recommendations of a committee that local sourcing conditions may be waived for retail trade in cutting-edge technology. 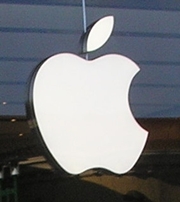 The committee has recommended that the tech giant's technology is fit to be called ''cutting-edge technology'', which means it can be exempted from the rule on mandatory condition that retailers source 30 per cent of their products locally.

The finance ministry will soon take up the matter and, based on the committee's recommendations, allow Apple to set up its own single brand stores in the country, reports quoting government sources said.

The development comes as a big relief for Apple CEO Tim Cook after Apple reported a 22.5 per cent fall in quarterly profit and the first revenue fall in 13 years, primarily due to a decline in iPhone sales.

India remained the only bright spot for Apple where its iPhone sales grew 56 per cent from a year earlier.

The government had, in November last year, relaxed FDI rules in single-brand retail with sourcing exemptions for companies bringing in what it called 'state of the art and cutting-edge' technology, and Apple fits the bill.

For other companies such as Swedish furniture chain Ikea, sourcing 30 per cent of the content of their products from small and medium enterprises in India is mandatory.

The government committee, which comprised Ramesh Abhishek, secretary, department of industrial policy and promotion (DIPP); a NITI Aayog member and an officer from the Department of Electronics and Information Technology approved the proposal, a DIPP official said.

Chinese smart phone maker Xiaomi and tech giant LeEco have also applied to the Department of Industrial Policy and Promotion (DIPP) for such concessions, which are yet to be taken up by the committee, headed by DIPP secretary Ramesh Abhishek.

Apple already has Apple-owned retail stores across the world, including the UK, Germany, France, China and Japan. The company sells its products in India through exclusive reselling arrangements with chains such as Imagine and iStore, which is owned by Reliance Digital.