A federal jury has ordered Apple Inc to pay $532.9 million in damages after it was found that the company's iTunes software used a Texas company's patented inventions without permission. 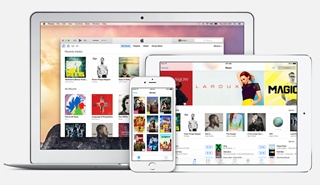 Closely held Smartflash LLC had claimed that Apple infringed three patents, and was seeking $852 million in damages, while Apple said it was worth $4.5 million at most.

A federal jury in Tyler, Texas, where Smartflash is based, on Tuesday rejected Apple's arguments that it didn't use the inventions and that the patents were invalid.

The dispute is over digital rights management and inventions related to data storage and managing access through payment systems. Smartflash claimed that iTunes used Smartflash inventions in applications such as Game Circus LLC's Coin Dozer and 4 Pics 1 Movie.

Apple said it would appeal. ''Smartflash makes no products, has no employees, creates no jobs, has no US presence, and is exploiting our patent system to seek royalties for technology Apple invented,'' said Kristin Huguet, an Apple spokeswoman.

''We refused to pay off this company for the ideas our employees spent years innovating and unfortunately we have been left with no choice but to take this fight up through the court system.''

Game Circus and another game developer, KingsIsle Entertainment Inc, maker of Wizard 101 and Grub Guardian, had also been defendants before they were dismissed from the case last year.

In asking for $852 million, Smartflash argued it was entitled to a percentage of sales of Apple's devices, including the iPhone, iPad and Mac computers that were used to access iTunes. It claimed that Apple had intentionally infringed the patents, in part because one of its executives had been given a briefing on the technology more than a decade ago.

''Apple doesn't respect Smartflash's inventions,'' the company's lawyer, John Ward of Ward & Smith in Longview, Texas, told the jury. ''Not a single witness could be bothered with reviewing the patent.''

Cupertino, California-based Apple attacked every aspect of Smartflash's case. It said the patents were invalid and weren't infringed. It said Smartflash didn't have complete control of the patents and waited too long to file suit. It also argued that Smartflash's royalty demands were ''excessive and unsupportable.''

''They are not just invalid, they are invalid many times over,'' James Batchelder a lawyer at Ropes & Gray in East Palo Alto, California, who is representing Apple, told the jury.

Smartflash was started in the early 2000s by inventor Patrick Racz in an effort to commercialise his ideas. At one point, Racz was offered less than $200,000 for an interest in one of his patents, according to a court filing.

Racz met with executives of what is now Gemalto SA, including Augustin Farrugia, now a senior director at Apple, according to the complaint. Farrugia, a long-time specialist in digital rights, is Apple's director of security and designed the national banking system for Singapore in the 1990s.

Smartflash doesn't make any products and its only business is licensing seven patents issued between 2008 and 2012, which Racz co-invented. Its address is a suite in an office building across the street from the courthouse where the trial was held.

Apple had sales of $18 billion for iTunes, software and services last fiscal year, about 10 per cent of the company's revenue.