A California jury has awarded Apple $119 million, much less than the iPhone maker claimed in a patent battle with Samsung over alleged copying of smart phone features. But there was even less for Apple to savour in the victory, as the jury observed that Apple illegally used one of Samsung's patents. 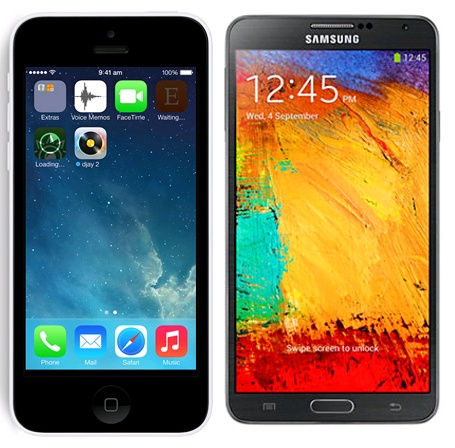 The award was a pittance against the $2.2 billion Apple sought and the $930 million it won in a separate 2012 trial when it brought patent infringement claims against older Samsung products, most of which were no longer for sale in the US.

The jury found that Apple had infringed a Samsung patent in creating the iPhone 4 and iPhone 5.  Samsung was awarded $158,400, which was deducted from the original $119.62 million verdict. The South Korean company had sought $6 million.

Associated Press reported Santa Clara University law professor Brian Love as saying, though the verdict was large by normal standards, it was hard to view this outcome as much of a victory for Apple.

According to commentators, Apple largely failed in its attempt to slow the competition to its landmark iPhone.

The eight-member jury deliberated for three days, after four weeks of testimony.

Both companies however, are losing market share--particularly to new Chinese rivals--while they battle in courtrooms around the world. Two years ago, Apple and Samsung accounted for over 55 per cent of world-wide smartphones shipments, research firm Strategy Analytics said. That was down to 47 per cent, in the first quarter.