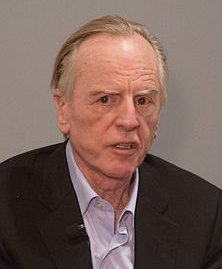 Ex-Apple CEO John Sculley, who was instrumental in Steve Jobs' removal from managing the company's Macintosh division in May 1985 – a move that eventually led to the resignation of Jobs in September that year - said in hindsight, it had not been such a good idea.

He told The Times of India, that he thought in hindsight the exit of the founder was a mistake and he was a part of that.

Sculley might have his regrets, but he also had his reasons. He said Steve in 1986 was not the same as the Steve in 1996. He added, by the time he came back, he was a much more matured and experienced executive, while back in the eighties, he was still a young learning executive.

Sculley also said his decision at the time to not lower the Mac's starting price of $2,495, and subsidise it by digging into the profits being earned by Apple's then-flagship product, the Apple A2, was correct.

Sculley was hired from PepsiCo by temperamental Steve Jobs who offered him an opportunity saying, "Do you want to sell sugared water for the rest of your life? Or do you want to come with me and change the world?"

Sculley joined Apple in 1983, and soon Jobs and Sculley came to be dubbed the "dynamic duo".

Sculley, who had emerged as one the leaders of the US corporate world after working wonders for PepsiCo, was hired by Apple to bring consumer marketing insights to the technology world.

But he did not see eye to eye with Jobs over the issue of subsidising the struggling Macintosh with the resources earned from the profitable Apple 2.

Moreover the two had different priorities; while Jobs wanted to focus on innovations for the future, Sculley wanted to focus on current product lines and profitability,  and Sculley came to be part of a corporate legend by firing Jobs from the company he had founded.

Sculley's 10-year tenure at Apple is often regarded as being controversial due to his decision to compete with IBM in selling computers to the same types of customers, while Jobs wanted to create a new breed of computer users.

Sculley ultimately was forced to step down as Apple CEO in 1993 because he was opposed to licensing Macintosh software and was talking to Goldman-Sachs about splitting Apple into two companies.

Jobs returned later in December in 1996 to turn around the then-ailing Apple into the world's biggest technology company.

According to Sculley today, some way would have been found to have them both work for the company and this could have been facilitated by Apple's board then.

Meanwhile, Sculley's Inflexionpoint, an IT and telecom supply chain company would be launching its phones in India under the Obi Mobiles brand (See: Apple ex-chief John Sculley's Obi Mobiles to invest in India).

Sculley said while the Indian smartphone market remained competitive, the high-paced growth here meant that there was space for everyone.

He said the company felt this was the right time to enter the Indian smartphone market as sales were booming and there was a shift from 2G to 3G and further to 4G.