Apple Inc today came to market with a six-part all-dollar bond offering, probably the largest corporate bond issue in history, as the US technology giant sought to return around $100 billion to shareholders in the next three years. 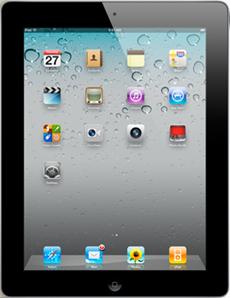 The California-based company intends to offer three-year and five-year fixed and floating-rate notes, with maturities of three years to 30 years, through Goldman Sachs and Deutsche Bank, Apple said in a regulatory filing.

Although the total size of the issue is still being worked out, analysts speculate that it would be in the $15 billion to $20 billion range.

At the higher range of $20 billion, it would be the biggest corporate bond of all time, eclipsing the $16.5 billion six-part offering made by Swiss pharmaceutical giant Roche in 2009.

The largest ever US corporate bond deal was again by a pharmaceuticals company - AbbVie Inc's $14.7 billion six-part issue in 2012.

With not even a dollar of debt on its books, rating agencies assigned AA+/Aa1 debt ratings for the issue. Rating agencies did not assign Triple-A rating since most of Apple's over $140 billion cash reserves are held overseas.

Coupled with strong credit markets and borrowing at ultra-low rates, Apple has set its 3 and 5 year papers at both fixed- and floating-rate formats, along with 10- and 30-year fixed-rate issues.

While announcing its first quarter revenues of $43.6 billion, Apple also said that it would spend $100 billion in buying back its stock and paying dividends.

Apple raised its share repurchase target to $60 billion from the $10 billion it had earlier committed, the largest buyback in history. It also raised its dividend to shareholders by 15 per cent.

Apple expects the share buyback to be completed by the end of 2015.

Although it holds cash reserves of over $140 billion, Apple had said it planned to borrow in order to return cash to shareholders.

Most of Apple's cash reserves are held overseas, which would be taxed if brought back to the US. It would then be cheaper to borrow and repay through profits reaped in the US.