The Delhi High Court on Wednesday ordered a halt to arbitration proceedings initiated by US online retailer Amazon against its estranged Indian partner Future Group after anti-trust watchdog Competition Commission of India (CCI) suspended a 2019 deal between the two. 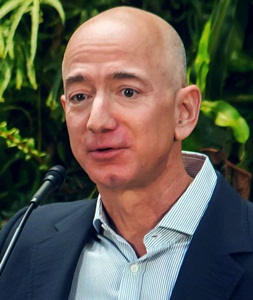 A two-judge bench of the Delhi High Court on Wednesday agreed with Future Group that there was no legal basis for the arbitration between the two sides to continue given theCCI’s decision to suspend the key 2019 deal used by Amazon to assert rights over Future.
The decision comes as a setback to the US e-commerce giant’s scheme to capture the Indian retail market through a patchy deal with the Future Group. Amazon had, in fact, successfully used the terms of its 2019 investment in a Future unit to block the Indian company's attempt to sell retail assets to rival Reliance Retail.
Amazon has for months been using the terms of its $200 million investment in Future Group in 2019 to block the Kishore Biyani-owned company's attempt to sell retail assets to Reliance Industries, until the antitrust agency's suspension of the deal last December.
Future Group previously said if the Reliance asset sale deal fails, it will likely face liquidation as its retail businesses were hit hard during the pandemic.
The court will reconvene on 1 February to hear the case again. A source familiar with the case said Amazon was likely to legally challenge the decision.
The dispute between Future Group and Amazon is seen as a battle for dominance in the Indian retail market between Amazon's Jeff Bezos and Reliance's Mukesh Ambani.
Shares in Future Group companies jumped on Thursday, a day after an Indian court halted arbitration proceedings between the conglomerate and estranged partner Amazon.com Inc.
Future Enterprises, Future Consumer, Future Retail and Future Lifestyle Fashions rose as much as between 7.5 per cent and 13.8 per cent in a weak Mumbai market.
MORE REPORTS