Amazon on Thursday announced plans to invest more than $10 billion in Project Kuiper, after the US Federal Communications Commission (FCC) granted approval to Amazon to deploy and operate the constellation of 3,236 satellites. 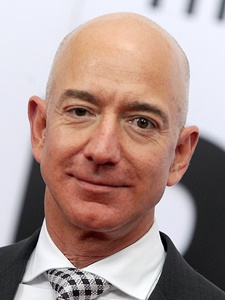 The authorisation allows Project Kuiper to deliver satellite-based broadband services in the United States, helping to expand internet access to households and communities across the country and across the world.
Last Spring, Amazon first announced Project Kuiper, an initiative to build a low earth orbit (LEO) satellite constellation capable of providing reliable, affordable broadband service to unserved and underserved communities around the world.
Project Kuiper will deliver high-speed, low-latency broadband service to places beyond the reach of traditional fiber or wireless networks.
This investment will create jobs and infrastructure around the United States, build and scale our ground network, accelerate satellite testing and manufacturing, and let us deliver an affordable customer terminal that will make fast, reliable broadband accessible to communities around the world, Amazon stated in a release.
“We have heard so many stories lately about people who are unable to do their job or complete schoolwork because they don’t have reliable internet at home,” said Dave Limp, senior vice president, Amazon. “There are still too many places where broadband access is unreliable or where it doesn’t exist at all. Kuiper will change that.”
“Our $10 billion investment will create jobs and infrastructure around the United States that will help us close this gap. We appreciate the FCC's unanimous, bipartisan support on this issue, and I want to thank chairman Pai and the rest of the Commission for taking this important first step with us. We’re off to the races,” Jeff Bezos, CEO and president of Amazon Inc said
“We are doing an incredible amount of invention to deliver fast, reliable broadband at a price that makes sense for customers,” said Rajeev Badyal, vice president of technology for Project Kuiper. “LEO-based broadband systems like Project Kuiper present a huge number of challenges, and we have assembled a world-class team of engineers and scientists who are committed to delivering on our vision for Project Kuiper and keeping space a safe, sustainable environment for everyone,” he added.
Amazon said it is committed to working with public and private sector partners that share its vision for the project. In addition to providing ground station service directly to customers, Project Kuiper will also provide backhaul solutions for wireless carriers extending LTE and 5G service to new regions.
Together, these projects will expand broadband access to more households in the United States and around the world, the release said.
Amazon said Project Kuiper will be designed and tested in its all-new research and development facility opening in Redmond, Washington.
`Project Kuiper’ will compete with the Starlink network being built by Elon Musk’s SpaceX. Starlink has launched over 500 satellites of the roughly 12,000 expected for its satellite constellation in low Earth orbit and plans to offer broadband service in the United States and Canada by the year’s end. The FCC approved SpaceX’s request in 2018.
Approval for Project Kuiper comes on the heels of Amazon posting its biggest profit in its 26-year history.
MORE REPORTS