The Competition Commission of India (CCI), the country’s antitrust watchdog, on Monday opened a formal investigation into the discount-sale practices of Amazon and Walmart’s Indian e-commerce arm Flipkart. 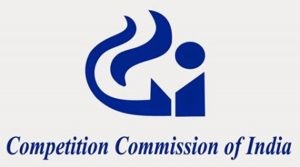 The investigation into alleged ant-trust law violations by Amazon.com Inc and Walmart’s Flipkart coincides Amazon chief Jeff Bezos’s planned visit to India for a company event and potential meetings with government officials.
The CCI has asked the Director General to investigate the alleged nexus between mobile phone brands and e-commerce platforms, as well as allegations of e-commerce companies giving preferential treatment to select sellers "merits an investigation".
The investigation is the latest setback for Amazon and Flipkart, which smaller Indian retailers say violate the country's foreign investment rules.
The CCI investigation follows complaint filed by the Delhi Vyapar Mahasangh, a group representing small- and medium-sized businesses, which alleged that several of Amazon and Flipkart's preferred sellers were affiliated with or controlled by the companies themselves, either directly or indirectly.
Indian law requires e-commerce firms to be neutral marketplaces, and not disable local retailers and distributors with deep-pocketed competition. In the United States, Amazon both operates a marketplace and sells many products, like traditional retailers, buying them wholesale and then reselling them to consumers.
However, under Indian law, the site is supposed to rely on independent sellers who post their products on Amazon.
The DG will also probe the e-commerce companies' discounting practices as well as their relationship with such sellers, CCI said in its order.
Indian brick-and-mortar traders allege that the e-commerce firms burn billions of dollars in deep discounts that hurt smaller traders.
Both the companies deny those allegations.
The DG has 60 days to submit the report.
MORE REPORTS