Amazon appoints ex-PepsiCo CEO Indra Nooyi on its board

US online retailer Amazon Co has appointed Indra Nooyi, the India-born former CEO of PepsiCo, on its board of directors, amidst headwinds that threaten to threaten its business model in its last bastion, India. 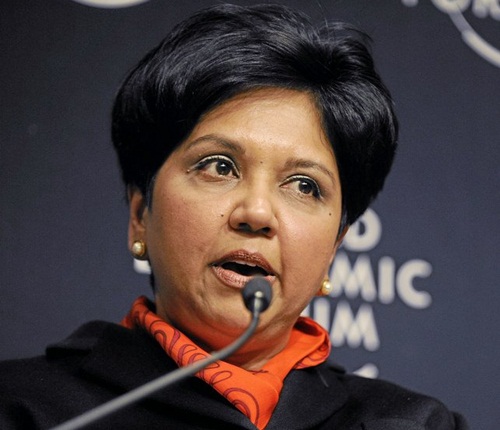 Nooyi, who ran the snack and beverage company for 12 years, stepped down in October. Before Nooyi became PepsiCo's CEO in 2006, she served as the company's chief financial officer.
Nooyi, who stepped down as CEO of Pepsico in October last year, is the second non-white woman to be added on the online retail giant’s board and will be member of the audit committee. Starbucks COO Rosalind Brewer is the first coloured woman to join Amazon’s board.
“We’re thrilled to have elected two new members to our board of directors. Welcome, Roz Brewer and Indra Nooyi. In connection with her election, Nooyi was granted a restricted stock unit award under the company’s 1997 Stock Incentive Plan for 549 shares of common stock of the company, to vest in three equal annual installments beginning 15 May 2020, assuming continued service as a director,” said Amazon.com, INC while filing Form 8-K with Unites States Securities and Exchange Commission.
Nooyi was Pepsico’s CEO from October 2006 to October 2018, where she also served as the chairman of its board of directors from May 2007 to February 2019. She was elected to Pepsico’s board of directors and became its president and chief financial officer in 2001, and held leadership roles in finance, corporate strategy and development, and strategic planning after joining Pepsico in 1994, according to US media reports. Nooyi has also served as a director of Schlumberger Limited since April 2015.
During her 24-year-long tenure at the company, PepsiCo acquired big-name brands, invested in healthy products and fended off a call to split up PepsiCo's (PEP) food and beverage businesses. Nooyi left behind a nimbler company that was more responsive to the evolving tastes of its customers.
MORE REPORTS