Amazon is in advance stage talks to buy 9.5 per cent stake in Future Retail as the online retailer fights rival Flipkart-Walmart combine for a bigger share of the Indian retail market. 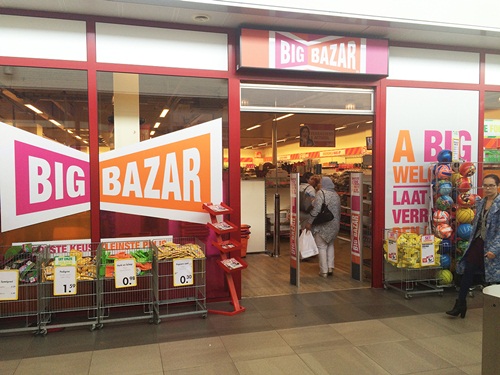 Reports said a final shape to an agreement between Amazon and Kishore Biyani-led Future Retail is expected to take place within the next 10 days.
Foreign retail giants – both online and brick-and-mortar – are fighting for the Indian e-commerce market where business is expected to jump twofold to $40-45 billion by 2020, with apparels and consumer electronics driving the bulk of the growth.
Amazon is initially expected to invest around Rs2,000 crore in Future Group to acquire 9.5 per cent stake under the foreign portfolio investor deal.
While the two parties are widely expected to arrive at a final agreement within the next 10 days, reports said in case of last minute hurdles the deal could be postponed to January 2019.
Reports said, while the initial investment is in the form of portfolio investment, the agreement could include Amazon buying out Biyani and promoter group’s entire holding in the future, subject to applicable regulations in India.
As of September 2018, promoter and promoter group held 46.51 per cent share of Future Retail Ltd, which operates hypermarket and supermarket under brands which include- Big Bazaar, Easyday, Foodhall, HyperCity, FBB, Heritage fresh, ezone and WH Smith.
It has presence in 250 cities across the country.
While Walmart invested in Flipkart, Amazon, which is looking to expand its presence in India, has already invested in Shoppers Stop and More.
If the Future deal is through, this would be the third investment by the US-based company in the Indian brick-and-mortar retail sector.
Last year, Amazon invested Rs179.26 crore in retail major Shoppers Stop through acquisition of equity shares issued on a preferential basis. This resulted in Amazon.com Investment Holdings LLC acquiring a little over 5 per cent equity in Shoppers Stop.
In September this year, Amazon said it has co-invested in Witzig Advisory Services, the entity that is acquiring Aditya Birla Retail’s ‘More’ chain of stores in India.
Amazon is expected to expand its presence through further acquisitions and intensify competition with Walmart-backed Flipkart in an intense battle for leadership in the Indian e-commerce market.
Walmart had picked up 77 per cent stake in Flipkart for $16 billion, the largest deal in the Indian e-commerce space so far, and is now reported be owning over 81 per cent in the group.
MORE REPORTS