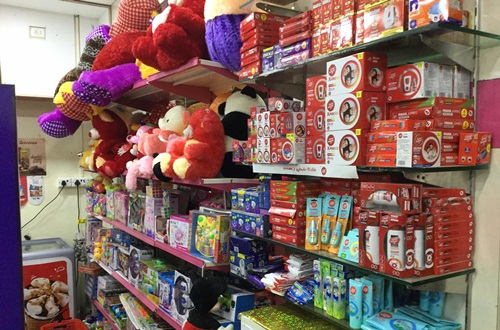 Witzig Advisory Services, an entity owned by Samara Capital, will retain 51 per cent stake in More while Amazon will own the balance 49 per cent, sources close to the development said.
This is Amazon’s second stake acquisition in an Indian brick-and-mortar shop after it acquired a 5 per cent stake in e-commerce firm Shoppers Stop for about Rs180 crore.
The deal will give the online giant access to more than 500 physical outposts across the country, albeit indirectly.
More, owned by Aditya Birla Retail Ltd (ABRL), is the fourth-largest supermarket chain in the country and runs 490 supermarkets and 20 hypermarkets.
The recent deals in Indian retail space, including the Walmart-Flipkart deal, are widely seen as the government’s green light for foreign retail giants to establish themselves in India’ $400-billion food and grocery market as well.
ABRL posted losses of Rs644 crore in FY17, though sales went up 20 per cent to Rs4,196 crore.
The transaction was made public in an exchange filing on Wednesday. RKN Retail, which owns Birla’s retail venture along with Kanishtha Finance and Investment Pvt, told the BSE that the board had approved the sale of its entire shareholding in Aditya Birla Retail Ltd (ABRL) to Witzig.
Reports said Amazon will initially buy 35 per cent in the retail chain from Samara AIF and will raise it to 49 per cent over time. Samara, which is managed by Indians, is considered an Indian entity, irrespective of its foreign investments.
“In order to achieve full potential, ABRL needs a strong balance sheet and continued large investments. Keeping in mind the group’s capital-allocation priorities and ABRL’s needs, I believe that at this stage, it serves the best interests of the business to opt for an external investor,” Birla told staff in an e-mailed communication.
Since the investment is compliant with FDI rules, Samara and Amazon expect no hurdles in the deal. The transaction, however, is subject to necessary regulatory approvals.
India allows 51 per cent FDI in multibrand retail and 100 per cent FDI is in cash-and-carry wholesale ventures.
With 49 per cent FDI, the company may not have to seek approval of individual state governments to operate More stores, which is a requirement under multi-brand retail foreign direct investment (FDI) rules.
Amazon will have to continue the marketplace model for its online food and grocery sales since retail regulations does not allow overseas investment in inventory-based ecommerce in India.
MORE REPORTS