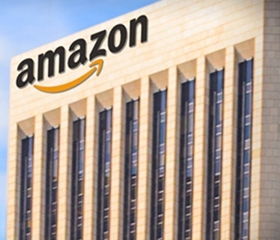 Amazon, which lost out to Walmart in acquiring Flipkart, is reported to be in talks to acquire a 10-per cent stake in Future Retail Limited, the company which owns Big Bazaar and Easy Day, in bid to expand its offline presence.
While various parties are looking to acquire stakes in Future Retail, reports quoting sources said Amazon has a better chance and that talks are in advanced stages, and might materialise in the next couple of weeks.
If a deal is pushed through, Amazon will have to invest around $500-600 million for a 10 per cent stake in Future Retail, considering the current market cap of the Kishore Biyani owned Future Retail of about $4 billion (Rs40,872 crore).
Amazon, which mostly sells phones, books, clothes and electronics in India, wants to enter the market for fresh produce and grocery to reach a large number of online buyers.
It is also looking at brick-and-mortar stores to get access to a large cache of customer data that Future Group has built over years to learn customer preferences in India.
The move, which comes close at the heels of Walmart’s $16-billion acquisition of a 77-per cent stake in Flipkart, would help the two rivals control the Indian retail market.
The stakes in India are high – both in the e-commerce and store chain. Over the next 10 years Indian e-commerce market is expected to grow to $202 billion and Amazon will have 35 per cent of the market, according to Citi Research.
The proposed Amazon-Future Group deal, however, tries to exclude the Indian store group from pursuing its online ambitions, which makes the deal not attractive to Future Retail.
In October, Amazon had bought a 5-per cent stake in Shoppers Stop for $26.35 million (Rs179.25 crore).
Reports quoting sources said besides Amazon, Walmart and Alibaba are also in the fray to buy a stake in Future Retail.
Alibaba is an investor in Paytm and Paytm E-commerce, run by Vijay Shekhar Sharma. Paytm Mall, part of Paytm Ecommerce, is an Amazon and Flipkart rival, though a smaller one. At its current state Paytm Mall has about 6 per cent to 7 per cent share in Indian e-commerce market, according to estimates.
Walmart, meanwhile, has planned its next move with Flipkart, which includes helping Flipkart build a large food and grocery business and introducing new categories and services, among other products.
MORE REPORTS