Amazon.com is pushing into private-label sportswear, Bloomberg reported citing people familiar with the matter. The move is likely to further roil an already tumultuous industry. 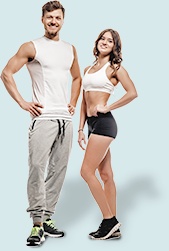 According to a person with knowledge of the arrangement, Makalot Industrial, a Taiwanese vendor that produces clothing for Gap, Uniqlo and Kohl's Corporation, is making apparel for the Amazon line. Another Taiwanese supplier, Eclat Textile, has also been roped in, SinoPac Securities Corporation analyst Silvia Chiu was first to notice the development.

According to the people involved, the project is new and long-term contracts are yet to be signed. The manufacturers are producing a small number of products for Amazon as part of a trial, according to sources, who asked not to be identified because the effort is not being promoted yet.

The company had earlier ventured into private-label fashion, offering office clothing, jackets and dresses under names such as Goodthreads and Paris Sunday. According to commentators, the push into activewear would add to the competition faced by the world's biggest athletic brands.

They add that the involvement of Eclat is particularly noteworthy as it makes clothing for Nike, Lululemon Athletica and Under Armour and has key expertise in making high-performance sportswear.