Amazon to by Whole Foods, sends jitters through US grocery market

Amazon.com Inc said on Friday it would buy US supermarket chain Whole Foods Market Inc for $13.7 billion, entering the brick-and-mortar store space in a move that could turn the high-end grocer into a mass-market merchant and further shake up the US retail industry. 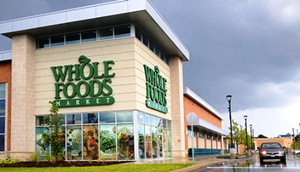 Amazon used aggressive pricing to become an ecommerce retail juggernaut and has recently been experimenting with brick-and-mortar outlets. It will take over the natural and organic grocer pioneer with 456 stores, a mecca for young, high-end shoppers, that has been struggling to hold down in prices and integrate technology.

The deal represents a dramatic turn in strategy for Amazon, which has offered food delivery through its Fresh service for a decade but has not made a major dent in the $700 billion grocery market, suggests Reuters.

Amazon could try to use automation and data analysis to draw more customers to stores while helping Nasdaq-listed Whole Foods cut costs and perhaps prices. Meanwhile, the more than 460 Whole Foods stores in the US, Canada and the UK could be turned into distribution hubs - not just for delivering groceries, but also as pickup centres for online orders, says the Associated Press.

Walmart, which has the largest share of the US food market, has already been pushing harder into e-commerce to build on strength in its stores and groceries. It announced Friday that it's buying online men's clothing retailer Bonobos for $310 million, following a string of online acquisitions such as ModCloth and Moosejaw.

But it was Whole Foods that fell behind as shoppers found alternatives to the organic and natural foods it helped popularize since its founding in 1978. Whole Foods has seen its sales slump and recently announced a board shake-up and cost-cutting plan amid pressure from activist investor Jana Partners.

Shares of dozens of supermarkets, food producers, payment processors and shopping malls collectively lost at least $35 billion in US market value on Friday as the news reverberated across financial markets.

Amazon's shares rose 2.4 per cent to $987.71, adding $11 billion to its market capitalization, which in one sense makes the acquisition nearly free for Amazon shareholders, AP points out. Whole Foods shares rose above the offer price to close at $42.68.

Amazon agreed to pay $42 per share in cash for Whole Foods, a 27-per cent premium on the Austin, Texas-based grocer's closing share price on Thursday.

Despite Amazon's reputation for harnessing technology, a prototype store inside its corporate office in Seattle, called Amazon Go, which uses sensors and tech-savvy cameras to detect shoppers' selections and then charge their Amazon accounts, has rolled out more slowly than planned, a person familiar with the matter told AP.

And while some analysts expect Amazon to bring vast buying power to Whole Foods, Amazon's heft in the food market is far smaller than in other areas, and high demand for organic products gives farmers unusual bargaining power.

Amazon spokesman Drew Herdener said plans do not include reducing jobs as the result of the deal and that the company does not plan to automate Whole Foods cashiers jobs with Amazon Go technology.