Delivery drivers are suing Amazon.com in a proposed class-action suit alleging the company mis-classified its workers as contractors rather than as employees with full benefits. 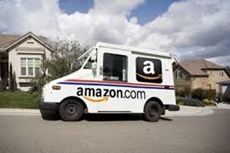 The lawsuit brought by four drivers in the Superior Court for the State of California, County of Los Angeles, comes as the latest in a string of similar lawsuits filed against tech companies, particularly those like Uber that offered app-based on-demand services through independent workers.

The on-demand model had been touted by many startups as an option that allowed workers to decide to work whenever they wanted to, though there also had been criticism that the companies used the model to avoid paying the workers a variety of benefits that they would have paid their employees, possibly including reimbursement for vehicle expenses.

According to the suit, the delivery drivers for the new app-based Amazon Prime Now service, which offered a charged one-hour and free two-hour delivery of many products from Amazon and local stores, had been wrongly paid as independent contractors even though they were treated as employees.

The four Amazon Prime Now drivers were hired by Amazon through a company called Scoobeez Inc, which is also listed in the delivery company Instacart.

Amazon requires its Prime Now drivers work a fixed schedule and even show up to the Amazon warehouse prior to the start of their shifts.

Uber and other startups have managed to mount a defence against classifying workers as employees by claiming its drivers made their own schedules and decided when and for how long they would work.

The tensions over classification are increasing with Uber facing a class-action lawsuit over worker classification in California that could restructure its entire operation in the state. Instacart, on the other hand, decided in June to give a number of members of its grocery delivery workforce in Boston and Chicago the opportunity to classify as part-time employees.