Amazon is acquiring video-game platform Twitch for $1 billion, giving it access to millions of people who watched games being played on the site, The Wall Street Journal reported yesterday. 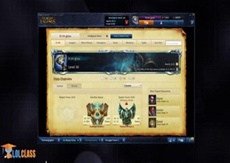 According to the newspaper, the deal was very close to being announced, and would bring to an end talks between Google and Twitch, recently reported to be hovering around $1 billion.

The three-year-old site allows viewers to chat with the players and others, giving it a feel of social networking websites. It also sells advertising to generate income.

The company counts 55 million visitors a month to its website, via desktop computers, tablets and smartphones, and over a million ''broadcasters,'' gamers who streamed video of their games over the internet via Twitch.

''Broadcasting and watching game-play is a global phenomenon, and Twitch has built a platform that brings together tens of millions of people who watch billions of minutes of games each month,'' Amazon founder Jeff Bezos said in a statement yesterday.

Bezos had lined up spending on other media too, including $100 million to produce TV shows to watch through Amazon's Instant Video service, a music-streaming service and a book-subscription plan.

Amazon had also entered into deals with Time Warner Inc to stream HBO.

As Amazon competed for customers, the programming added value for users of its Prime membership and various devices, James McQuivey, an analyst at Forrester Research Inc said.

''All of these become that much more valuable when they are populated with Amazon content, whether it's Amazon TV shows, or live streams of somebody else playing a video game on Twitch,'' said McQuivey. ''Every minute that you're involved in an Amazon-led experience is a minute you're not at Wal-Mart or not with Apple or Google.''

Teenagers, are known to take turns at playing video games and they also enjoy watching each other play.

With Twitch, users are able to view and share clips of gameplay virtually, both for entertainment and to learn new ways to advance.

Video-game publishers taking note of the trend are building the capability to share Twitch directly into their products.