Air India, which failed to sell off its assets to pay up mounting debt, has now been served default notices by lenders and aircraft lessors, raising the prospects of the Maharaja going bankrupt like Liquor baron Vijay Mallya’s Kingfisher Airlines. 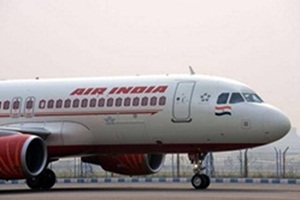 Reports say, at least three lenders and two aircraft leasing firms have issued notices to the airline over the last few weeks after the debt-laden the national carrier missed out on payment of dues in time.
A report in the Business Standard citing unidentified sources said at least three creditors, including US-based Wells Fargo Trust Services and UAE’s Dubai Aerospace Enterprise (DAE) have sent letters of demand for pending rental payments.
Neither San Francisco, United States-based Wells Fargo Trust Services nor UAE's state-owned Dubai Aerospace Enterprise (DAE) issued any clarification on the reports.
Three lenders from a 22-bank consortium are reported to have also written to Air India, raising concerns that the company is turning into a non-performing asset, the report said.
Meanwhile, the government has been maintaining that it would continue to support the loss-making airline's financial requirements while it works on alternatives. Minister of state for civil aviation Jayant Sinha, however, did not give a specific timeline for a new plan.
The government has so far not infused the necessary cash into the airline after the failed privatisation process.
Air India has so far received Rs27,195.21 crore of equity infusion till date from the government under the turnaround and financial restructuring plans approved back in 2012. The state-owned airline received an equity infusion of Rs650 crore up to June this fiscal, Sinha told the Lok Sabha earlier last week.
“The TAP or FRP includes budgetary support amounting to Rs30,231 crore spread over 10 years, ie, up to FY 2020-21 and also equity support for the payment of principal or interest of the non-convertible debentures. “Air India has received an equity infusion of Rs 27,195.21 crore till date,” Jayant Sinha had said.
At the end of March 2017, the national carrier had a debt burden of more than Rs 48,000 crore.
MORE REPORTS