Adani Transmission, the power sector arm of Infrastructure major Adani Group, is in talks with Reliance Infrastructure for acquiring the latter's power distribution business in Mumbai, which is estimated to be worth Rs13,000-14,000 crore. 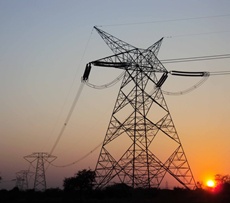 The Anil Ambani-led Reliance Infrastructure (RInfra) said it has entered into exclusive talks with Adani Transmission for selling its Mumbai power business.

''The company has entered into a period of exclusivity until January 15, 2018 in relation to discussions for the proposed sale of its integrated business of generation, transmission and distribution of power for Mumbai city to Adani Transmission,'' said Mumbai-based Reliance Infrastructure in a BSE filing.

In separate stock exchange filings, both companies specified that the proposed transaction is subject to confirmatory diligence, definitive documentation, and customary approvals.

If the deal materialises, it will enable will the Adani Group make an entry into the power distribution business.

''The proposed transaction would further strengthen ATL's footprint in the power transmission sector while making its foray into the power distribution sector,'' Adani Transmission said in a statement.

Shares of Adani Transmission hit the upper circuit of 10 per cent on the BSE following the news. The scrip closed at Rs193.25, up 10 per cent, while RInfra closed marginally up at Rs477.65.

Debt-laden Reliance Infrastructure proposes to utilise the entire proceeds of the proposed sale to reduce its debt, and strengthen its financial position as the company moves on to tap growth opportunities in defence and engineering procurement construction (EPC) in the infrastructure sector.

Rinfra's distribution business in Mumbai caters to 3 million customers, supplying 1,800 MW  of power along with generation facilities. The 90-year-old distribution franchise, BSES, is valid till August 2036.

Besides Adani, Greenko, backed by Singapore's GIC and the Abu Dhabi Investment Authority, Torrent and Prem Watsa's Fairfax Group are also reported to be in discussions for RInfra's Mumbai power business.

Following the privatisation of Delhi's power sector and the unbundling of the Delhi Vidyut Board in July 2002, RInfra-owned BSES Yamuna Power and BSES Rajdhani Power acquired two licensing circles in the city.

The Mumbai power deal would be the second one between Reliance Infrastructure and Adani Transmission. It closed another deal on Monday, selling its Western Region System Strengthening Scheme (WRSSS) power transmission assets to the Gautam Adani company for Rs1,000 crore.

Reliance Infrastructure's WRSSS B and C projects are located in Maharashtra, Gujarat, Madhya Pradesh, and Karnataka. All key approvals from the Competition Commission of India, Central Electricity Regulatory Commission, and lenders have been obtained, and the transaction is expected to be closed shortly, Reliance Infrastructure had said in its release.

Adani Transmission currently has around 5,000 km of transmission network