Indian infrastructure major Adani today announced an agreement with mining giant Glencore to acquire Abbot Point Operations, a company that operates a port in northern Queensland, Australia, that is key to Adani's A$16.5 billion integrated Carmichael mine, railway and port project. 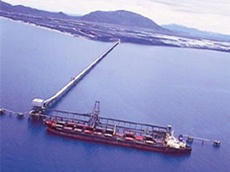 A unit of Adani Enterprises Ltd will buy the port operator company from Glencore Plc for A$19.25 million ($14.52 million), ending a legal wrangle over control of the port.

The deal comes at the end of a long-drawn court battle between the two commodity and infrastructure groups for control of the operating company at Abbott Point port, which Adani bought for A$1.8 billion in 2011 from the Queensland state government.

Glencore, however, had control of the actual operations of the port through its ownership of Abbot Point BulkCoal, which triggered a legal dispute between the global miner and Adani.

''Today's transition is a milestone in our well advanced plans for Abbot Point, and is yet another demonstration of Adani's commitment to building a long-term future with Queensland,'' said Jeyakumar Janakaraj, chief executive of Adani Australia.

Adani's proposed Carmichael mine project in the Galilee basin, one of the world's biggest untapped thermal coal deposits, however, is mired in controversy over environmental damages that it would cause.

Adani, the conglomerate controlled by billionare Gautam Adani, had planned to ship coal from Abbot Point port to the group's power plants in India.

Besides Adani, several other resource companies are planning to develop mines in the Galilee basin. The Abbot Point port and the railway line connecting it with the mines is key to all these projects.

Adani has won several legal battles against indigenous groups and environmental campaigners, but has more battles ahead for the project to see the light of day, analysts warn.