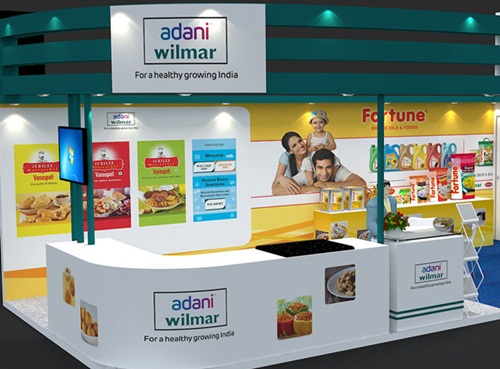 Baba Ramdev-led Patanjali group and Adani Wilmar, which sells the Fortune brand of cooking oil were the only two contenders when the Committee of Creditors of Ruchi Soya opened the tenders today.
However, Patanjali will have a right to match the offer as the CoC has decided to conduct an open bidding, called the Swiss challenge, to realise the maximum asset value of Ruchi Soya.
Meanwhile, reports quoting sources at Haridwar-based Patanjali said the fairness of the bid process is in doubt considering that there was one common advisor for both Ruchi Soya and Adani Wilmar.
Although media reports said the law firm Cyril Amarchand Mangaldas has resigned as advisor to Adani Wilmar, this raises the question over the neutrality of the process.
In the initial bidding Patanjali was the top bidder with an offer of around Rs4,300 crore followed by Adani with Rs3,300 crore.
"We are surprised and sought details from CoC. We have written a letter on the issue of resignation of Cyril Amarchand Mangaldas," said Patanjali spokesperson S K Tijarawala.
Lenders, however, do not seem to be happy with the bid as they have to recover about Rs12,000 crore in outstanding loans from Ruchi Soya.
Under the Swiss Challenge method, Adani will also get another chance to make an offer to match or even better its own offer of about Rs6,000 crore.
Apart from Patanjali and Adani, companies that had shown interest in acquiring Ruchi Soya were Emami Agrotech and Godrej Agrovet.
Patanjali Ayurveda already has a tie-up with the Indore-based Ruchi Soya for edible oil refining and packaging and it wants to further expand into cooking oil business.
Indore-based Ruchi Soya, which has several manufacturing plants and sells leading brands like Nutrela, Mahakosh, Sunrich, Ruchi Star and Ruchi Gold, already has a tie-up with. Patanjali Ayurveda for edible oil refining and packaging and it wants to further expand into cooking oil business.
Ruchi Soya is India’s largest edible oilseed extraction and refining company, with a capacity of 3.72 mtpa. It is also the largest player in the cooking oil and soya foods category in the country. Its brands include Nutrela, Mahakosh, Sunrich, Ruchi Star and Ruchi Gold.
MORE REPORTS