AT&T Inc on Thursday announced the completion of its $85-billion acquisition of media company Time Warner Inc, after a US district judge cleared the deal and US antitrust regulators indicated they would not seek a delay. 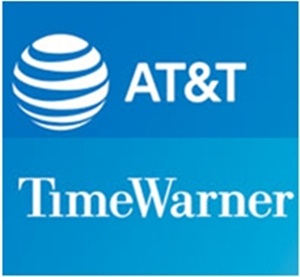 The deal brings together global media and entertainment leaders Warner Bros, HBO and Turner under AT&T’s banner, creating global giant in the media and entertainment industry.
The deal, first announced in October 2016, was opposed by President Donald Trump and the justice department, which sued it. After a six-week trial, AT&T, on Tuesday, won approval from a judge to move forward with the deal.
Judge Richard Leon of the US district court of Columbia ruled on Tuesday that the deal to merge AT&T’s wireless and satellite businesses with Time Warner’s movies and television shows was legal under anti-trust law.
The Justice Department argued the deal would harm consumers. Judge Leon has given the justice department 60 days to appeal the decision.
The district court judge’s ruling has come as helped AT&T close the deal ahead of the 21 June deadline, without which Time Warner would have walked away or renegotiated the proposed transaction with AT&T.
“The content and creative talent at Warner Bros, HBO and Turner are first-rate. Combine all that with AT&T’s strengths in direct-to-consumer distribution, and we offer customers a differentiated, high-quality, mobile-first entertainment experience,” said Randall Stephenson, chairman and CEO of AT&T Inc. “We’re going to bring a fresh approach to how the media and entertainment industry works for consumers, content creators, distributors and advertisers,” he added.
Stephenson said the future of media entertainment is rapidly converging around three elements required to transform how video is distributed, paid for, consumed and created.
AT&T Inc. consists of four businesses — AT&T Communications that provides mobile, broadband, video and other communications services to US-based consumers and nearly 3.5 million companies, including Fortune 1,000 companies, which together accounted for more than $150 billion in revenues in 2017.
AT&T’s media business consists of HBO, Turner and Warner Bros, which together had revenues of more than $31 billion in 2017.
AT&T International provides mobile services in Mexico to consumers and businesses, plus pay-TV service across 11 countries in South America and the Caribbean. It had revenues of more than $8 billion in 2017.
AT&T’s advertising and analytics business provides marketers with advanced advertising solutions using valuable customer insights from AT&T’s TV, mobile and broadband services, combined with extensive ad inventory from Turner and AT&T’s pay-TV services.
Under the terms of the merger, Time Warner Inc. shareholders received 1.437 shares of AT&T common stock, in addition to $53.75 in cash, per share of Time Warner Inc. As a result, AT&T issued 1,185 million shares of common stock and paid $42.5 billion in cash.
Including net debt from Time Warner, the merged company has $180.4B in net debt.
AT&T expects to begin consolidating Time Warner Inc results effective 15 June 2018.
The company expects the acquisition to provide significant financial benefits, which would be accretive from the very first year.
The merger will result in $1.5 billion in annualised cost synergies by end of year 3, besides $1 billion of annualised revenue synergies, bringing solid balance sheet and improved credit metrics.
MORE REPORTS