AT&T yesterday dropped its $39 billion proposed takeover of T-Mobile USA, acknowledging that its plan of creating the largest wireless carrier in the US is facing opposition from the antitrust authorities in the Obama administration. 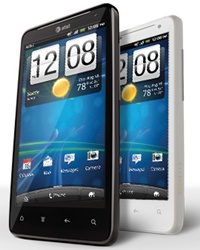 The multi-billion merger that combines the second and fourth-largest mobile phone carriers in the US ran aground as US regulators, lawmakers and rivals opposed the proposed merger saying that the telecommunications giant would kill competition and lead to higher prices for consumers.

The US Federal Communications Commission (FCC) chairman, had said that the merger does not meet the commission's standard for approval as it would cause job losses and higher prices for consumers, while the US Department of Justice (DoJ) went to court to block the deal.

Following the FCC's public stance, AT&T and Deutsche Telekom withdrew their anti-trust approval application filed with the FCC, but continued to seek clearance for the deal from the DoJ.

The DoJ said that now there was no reason to fight AT&T in court since the proposed deal was no longer "a real transaction" after AT&T and Deutsche Telekom withdrew their anti-trust approval application filed with the FCC. A federal judge also agreed and postponed hearing the case.

But in a defiant note, the Dallas, Texas-based AT&T said, ''The actions by the Federal Communications Commission and the Department of Justice to block this transaction do not change the realities of the US wireless industry. It is one of the most fiercely competitive industries in the world, with a mounting need for more spectrum that has not diminished and must be addressed immediately.''