A company veteran, Brian M Krzanich, has been named by Intel, the world's largest maker of semiconductors, as its next chief executive. 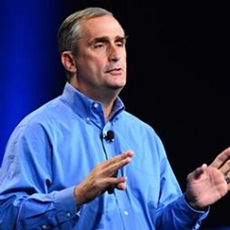 Krzanich, 52 currently serves as chief operating officer, and would take over on 16 May. He will be the sixth chief executive of the company, succeeding Paul S Otellini, who unexpectedly announced his resignation in November.

Krzanich, the longest-serving among the four likely candidates from within the company who were in the race for the job, has a strong background in the production of chips.

Krzanich who joined Intel in 1982, is likely to lead the company through a period of significant transition.

According to analysts, Krzanich would need to address urgent issues like the falling demand for its parts with PCs increasingly losing out to the rising popularity of mobile devices like tablets and smartphones. Researchers said in a report last month, that worldwide PC sales fell 13.9 per cent in the first quarter from the period a year earlier.

They add, the choice of  Krzanich might indicate that Intel was looking more closely at turning over some of its production facilities to other semiconductor makers. The chipmaker, known for having some of the most cutting-edge chip technology, but has been reluctant to share it with others. They add, changing market tastes, however, gave Intel extra capacity at times, and working with other chip makers could boost its profits.

The company also named Ms Renee J James, 48 as its president. Ms James who was also considered as a candidate for chief executive runs Intel's software division, which is focused on making Intel chips run better with other commercial software, like Oracle databases.

Meanwhile, Bloomberg quotes Krzanich, as saying that he had already sold the company's board a plan to move more quickly into mobile-device chips.

According to Bloomberg his next job would be to persuade investors and customers that he could do a better job than his predecessor, Paul Otellini, in adapting to the shift in consumer tastes away from the personal-computer market.

Krzanich who would become the company's sixth CEO on 16 May said, actions would be seen over the next couple of months that would start to unfold what that strategy was. He added, he would outline his plans with staff soon, and the public after that.