Railway minister Piyush Goyal has announced plans for a major restructuring of the top-heavy Railways in an effort to both cut flab and strengthen field operations and safety. Accordingly, there will be a reverse flow of officials from the Railway Board to zonal offices 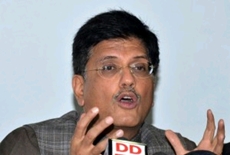 Nearly 125 railway ministry officials, including some heads of departments (HoDs), will be shifted out of Rail Bhavan to different zones and divisions for field duties. There are over 500 officials currently posted in the Railway Board headquarters

According to reports, over 90 officials from different zones and departments have been accommodated in the railway ministry over the years.

The idea is to put them to field work to ensure close monitoring to ensure service quality and enhance railway safety. The railway ministry will be made leaner and their roles will be limited to overall monitoring and policymaking, Goyal said.

Reports quoting Railway Board chairman Ashwani Lohani said the ministry is reviewing the current structure of the board and a decision would be taken soon. The Railway Board houses a number of departments like traffic, rolling stock, electrical and signaling and communication that are overstaffed and have been functioning from the Rail Bhavan for the last several years.

For the present, however, the presence of these officials in field could yield better results, he said. Similarly, departments like health, railway protection force (RPF) could also be restructured.

Also, reports said, the budget directorate, the least productive and the bulkiest among all departments, which was rendered superfluous after the merger of Railway Budget with the Central Budget, could see a hacking.

"In order to improve supervision, ministry of railways has decided to increase number of posts of Additional Divisional Railway Managers (ADRMs) in all the railway division offices. In most of the divisions, two ADRMs will be posted. In important divisions like Delhi, the number of ADRMs will be increased to 3 from existing 2. However, in Mumbai there will be four ADRMs in each in Western and Central railways," Goyal said.

He said one ADRM in each of the two Mumbai divisions will be exclusively for handling suburban services.

Giving details of various decisions taken by the railway ministry, Goyal said an employees charter is being notified for ensuring time bound redressal of railway employees issues related to dues, entitlements and grievances.

In phase 2, a charter of rail users will be finalised and notified in the next one month.

A high powered committee headed by the secretary Railway Board has been constituted to restructure Rail Land Development Authority (RLDA) as well as related processes with a view to fast track redevelopment of stations and monetisation of vacant railway land parcels. The committee's report is expected by next week and shall be implemented quickly thereafter.

With a view to ensure better safety to staff and workers working on railway worksites, mainly tracks, the railway ministry has notified a the constitution of a 5-member committee of senior Railway Board officials to suggest measures for making substantial improvement in worksites safety over the entire Indian Railways network. The committee among other things will come out with clear recommendations to prevent/reduce such incidents.