More reports on: In the news, Infrastructure 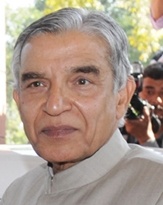 CBI had sought judicial custody of the accused as the investigations were in progress and were still at an initial stage. The agency also told the court that crucial witnesses were yet to be examined and some documents were to be collected from various government departments.

Since the allegations are of serious nature and as the accused are influential persons, CBI said they should be remanded in judicial custody.

The court accepted CBI's plea and sent all the five accused to judicial custody.

CBI had booked the five persons for their roles in the Rs10 crore bribery deal allegedly finalised for getting Mahesh Kumar appointed to a more lucrative post in the Railway Board as member (electrical).

Manjunath and Kumar were also in regular touch with Goyal for this purpose, it said, adding that Goyal had allegedly assured Kumar to get him posted as Member (Electrical) in exchange for "pecuniary gratification."

According to the CBI, Mahesh Kumar struck the Rs10-crore deal in order to get appointed as member (electrical) of the Rialway Board and the Rs90 lakh transaction was part of the payment.

The CBI had, on 7 May, told the court that further interrogation of the other accused - Vivek Kumar, Dharmendra Kumar, businessmen Samir Sandhir and Rahul Yadav - were not required, although they were also remanded in judicial custody till 20 May.

One of the accused Sushil Dagga is yet to be arrested.