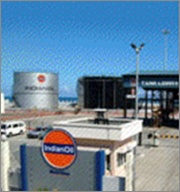 "The Cabinet Committee on Economic Affairs, chaired by Prime Minister Narendra Modi, today gave its in-principle approval to permit IOC to sell its 24-per cent equity in one of its joint venture companies, Lubrizol India Private Limited (LIPL) to Lubrizol Corporation, USA (LC), the other joint venture partner," said a government statement on Wednesday.

Post sale, IOC will hold 26 per cent of LIPL, while Lubrizol Corp's stake will rise to 74 per cent.

"The sale will enable IOC to have long term association with its joint venture partner and ... Lubrizol India Pvt Ltd (LIPL) to have access to the latest global additive technologies developed by Lubrizol Corporation, USA," the statement added.

The joint venture between IOC and Lubrizol Corp was formed in 2000. It has production facilities in Taloja and Turbhe, on the outskirts of Mumbai, which make chemical additives for engine oils and other lubricants.