Indian Oil Corporation Ltd (IOC), the state-run oil marketing and refining major, on Sunday started crude processing at its 300,000 barrels per day (bpd) Paradip refinery, which the company plans to fully commission in the next six months. 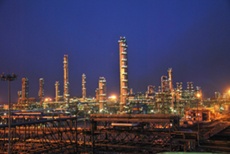 Paradip refinery is IOC's most prestigious and capital intensive project till date and the company has already invested Rs34,000 crore ($5.35 billion) on the refinery.

The refinery is located at Paradip, in Odisha on the east coast of India, at a distance of approx 5 km from Paradip Port. The refinery site is spread over a total area of 3,344 acres which is divided by Santra Creek and a roll-on-roll-off (RO - RO) jetty for movement of over dimensional consignment.

IOC had signed a memorandum of understanding (MoU) with the Orissa government in February 2004 to set up a 15 million tonne refinery along with a petrochemical complex at Paradip involving total investment of Rs60,000 crore ($9.44 billion).

IOC went ahead with its refinery project, but kept the petrochemical complex in abeyance, citing financial constraints.

Output from the Paradip refinery, which has an annual capacity of 15 million tonnes, will add to rising supplies of fuels from new and expanded plants in the Middle East and China, putting pressure on the profit margins of Asian refiners.

An increase in production and refining capacity at a time when oil prices are ruling low could further hammer product prices and cause a glut of oil products in the region, according to industry sources.

IOC is expected to start secondary units that help improve the quality of fuels in phases by end-October, sources said.

The new plant is expected to operate at 60 per cent capacity between November and March.

Paradip plant, which was initially expected to begin operations in 2012, has been delayed by problems, involving supplies from contractors, environmental concerns and natural calamities like last year's cyclone.

IOC will shut the only crude unit at the plant after 10-15 days of operations for about two months and use the intermediary products for commissioning the secondary units, sources said.

Paradip refinery is the most sophisticated of IOC's 11 plants. It has more than 20 process units, which together process the basic feedstock, crude oil, to obtain various products deploying the major refining processes such as crude oil distillation (atmospheric and vacuum unit by FWEL), hydro-treating (DHDT by Shell, VGO-HDT by Axens, NHT by UOP), catalytic cracking (FCC-Indmax technology developed by IOC, R&D), catalytic reforming (CCR platforming by UOP) and delayed coking (DCU by FWEL) etc.

The plant is designed to process Mexico's Maya crude, although West African sweet crude was used to commission the crude unit, sources said.

With the commissioning of Paradip refinery, IOC's overall refining capacity has gone up to 1.61 million bpd, about 35 per cent of the country's 4.6 million bpd capacity.

With a combined refining capacity of almost 5 million barrels per day, India is now the world's fourth largest refining centre after the US, China and Russia, according to BP's statistical review of world energy.