State-run fuel producing and marketing companies have proposed laying of pipelines along railway tracks in order to avoid the long delay in setting up pipelines to transport crude, petroleum products and gas in the country. 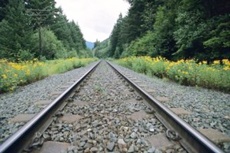 ''We have proposed a revenue sharing model under which both the Railways and the oil companies can benefit from the scheme. The idea is to use the railways land for a fee and use the land to lay the pipelines,'' said UK Dhoot, general manager of project monitoring at Indian Oil.

Speaking at an oil and gas conference organised by India-Tech Foundation, Dhoot said, Indian Oil has a pipeline network of 12,000 km across the country for sourcing crude and supplying petroleum products to and from its 11 refineries, which together have a capacity of 65 million tonnes per annum (mtpa), but has the capacity to transport only 36.6 mtpa.

Laying of pipelines along railway tracks could help lessen the burden of seeking land and environmental clearances for setting up new pipelines across the country, which, he said, is extremely time consuming.

Setting oil pipelines along rail tracks, however, involves some conflict of interests as the Railways stand to lose on its freight revenue from transporting crude and petroleum products.

But the losses, Dhoot said, could be somewhat offset by the revenue sharing agreement.

India currently consumes up to 220 million tonnes of crude annually and processes an equivalent quantity of petroleum products such as petrol, diesel, kerosene, fuel oil and lubricants.

The country thus needs a total of 440 million tonnes of pipeline capacity to transport crude and products to refining and consuming centres, as per estimates of the Petroleum Planning and Analysis Cell (PPAC).

Dhoot said a network along highways, railways and a coastal network is needed to meet the shortfall in pipeline capacity.